Cuba's Fidel Castro, in his own words 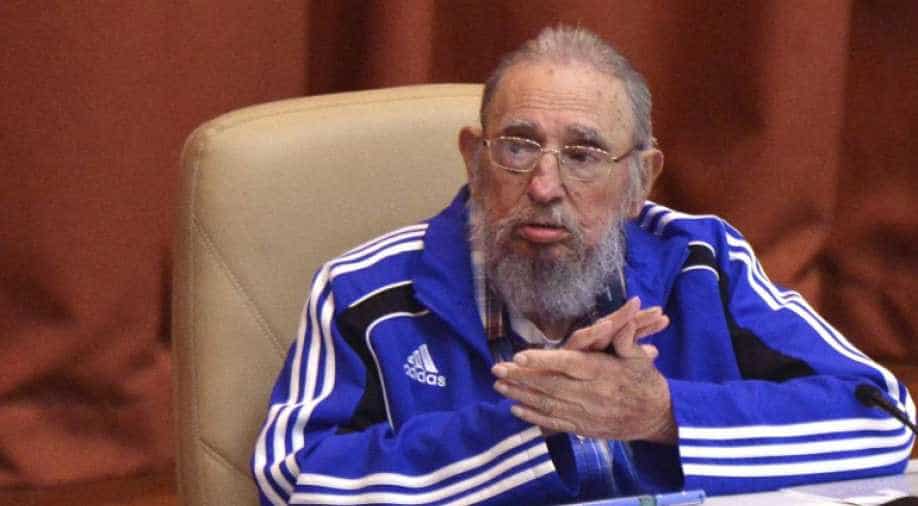 Fidel Castro seized power in Cuba in a 1959 revolution and transformed the country into a communist state while ruling for five decades. Photograph:( Reuters )

Cuba's Fidel Castro, who seized power in Cuba in a 1959 revolution and transformed the country into a communist state while ruling for five decades has died, Cuban television said on Saturday. He was 90.

Here are some of his more memorable quotes about himself and communism in Cuba:

* "Condemn me. It is of no importance. History will absolve me." -- Castro in 1953, when the young lawyer was defending himself at trial for his near-suicidal assault on the Moncada military barracks in Santiago de Cuba.

* "I'm not thinking of cutting my beard, because I'm accustomed to my beard and my beard means many things to my country. When we fulfill our promise of good government I will cut my beard." -- Castro in a 1959 interview with CBS's Edward Murrow, 30 days after the revolution.

* "I reached the conclusion long ago that the one last sacrifice I must make for (Cuban) public health is to stop smoking. I haven't really missed it that much." -- Castro in December 1985 upon announcing he had stopped smoking cigars.

* "I never saw a contradiction between the ideas that sustain me and the ideas of that symbol, of that extraordinary figure (Jesus Christ)." -- Castro in 1985.

* "Just imagine what would happen in the world if the socialist community were to disappear ... if this were possible and I don't believe it is possible." -- Castro in 1989.

* "We do not know anything about this. We, gentlemen, to tell the truth, do not even know what to charge." -- Castro in 1990 on the development of international tourism In Cuba.

* "We have to stick to the facts and, simply put, the socialist camp has collapsed." -- Castro in 1991.* "There's nothing strange about it. I wish I had as many opportunities to welcome personalities as important as this one." -- Castro in 1994, explaining the reception, usually reserved for heads of state, given to Hugo Chavez upon his arrival in Havana a few months after he was released from prison for leading a failed 1992 coup. Five years later, Chavez was elected president of Venezuela and became Castro's closest ally.

* "These changes (the opening to international tourism, foreign investment, some small business and family remittances)have their social cost, because we lived in a glass case, pure asepsis, and now we are surrounded by viruses, bacteria to the point of distraction and the egoism created by the capitalist system of production." -- Castro in 1998.

* "One of the greatest benefits of the revolution is that even our prostitutes are college graduates." -- Castro to director Oliver Stone in 2003 documentary "Comandante."

* "I realized that my true destiny would be the war that I was going to have with the United States." -- Castro's opening quote in "Looking for Fidel," Stone's second documentary on the Cuban leader from 2004.

* "Here is a conclusion I've come to after many years: among all the errors we may have committed, the greatest of them all was that we believed that someone ... actually knew how to build socialism. ... Whenever they said. 'That's the formula,' we thought they knew. Just as if someone is a physician." Castro in 2005.

* "I'm really happy to reach 80. I never expected it, not least having a neighbor, the greatest power in the world, trying to kill me every day," he said on July 21, 2006 while attending a summit of Latin American presidents in Argentina.

* "I will neither aspire to nor accept ... the positions of President of the state council and commander in chief ... It would be a betrayal of my conscience to accept a responsibility requiring more mobility and dedication than I am physically able to offer." Castro, in February 2008, announcing his resignation as president.

* "We are not a developed capitalist country in crisis, whose leaders are going crazy looking for solutions amidst depression, inflation, a lack of markets and unemployment; we are and we must be socialists." -- Castro writing in one of his "reflections," or newspaper columns in 2008.

* "The Cuban model doesn't even work for us anymore." -- Castro in 2010 during an interview with US journalist Jeffrey Goldberg. Castro later said his comment was taken out of context.