Cruise ship in Singapore with nearly 3,000 onboard confined to cabins after COVID-19 case 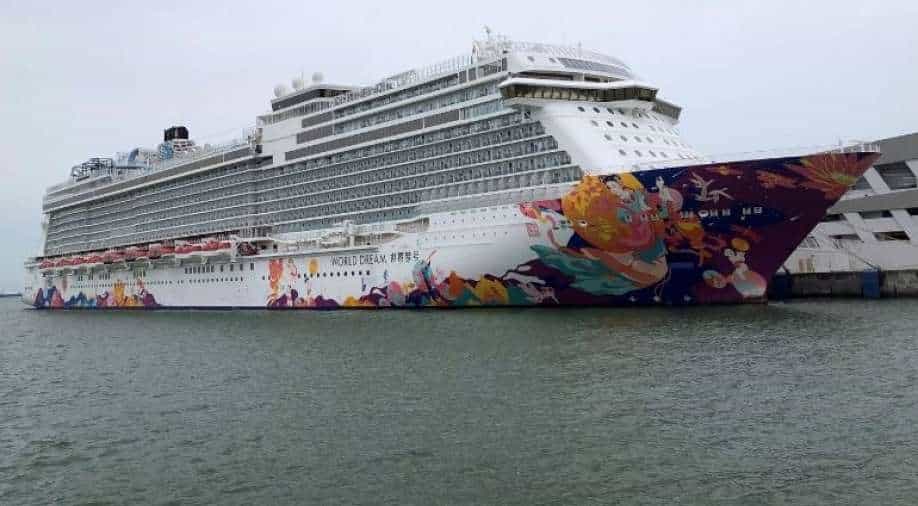 Cruise ship is docked at harbour after turning back due to positive coronavirus case on board in Singapore Photograph:( Reuters )

According to reports, a cruise liner has returned to Singapore with a confirmed coronavirus case with nearly 3,000 passengers and crew on board asked to be confined to their cabins.

A passenger was detected with the virus and was ordered to be isolated. The World Dream cruise liner had 1,646 passengers and 1,249 crew members on board who were told to remain in their cabins.

The guests had reportedly tested negative before departing for the cruise.

Dream Cruises said only essential service crew is being allowed limited movement. The 'cruise to nowhere' concept has become popular during the pandemic due to limited travel options. The service was launched last year with no stops in an attempt to restart the travel industry which is one of the worst-hit sectors amid the pandemic.

Dream Cruises said contactless meals is being sent to passengers. The ship is owned by Malaysia's Genting Group. It had left Singapore on Sunday on a four-day cruise.

Reports claimed the ocean liner was forced to make its scheduled stop earlier than expected after COVID-19 case was detected on board.

Reports said the passengers were fully vaccinated as part of onboard health protocols. Three companions of the person detected with the virus were also isolated, however, they reportedly tested negative.