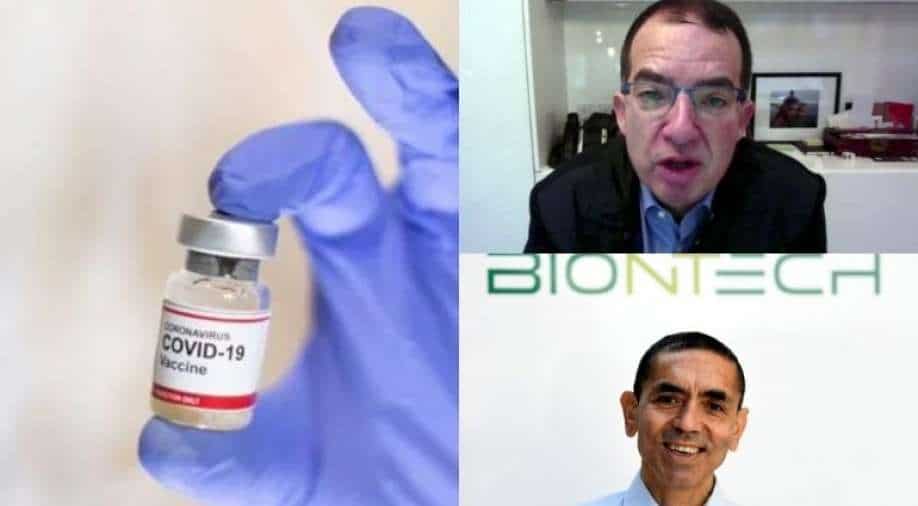 Topping the list of new vaccine billionaires were the CEO of Moderna Stephane Bancel, and his BioNTech counterpart Ugur Sahin

"Between them, the nine new billionaires have a combined net wealth of $19.3 billion (15.8 billion euros), enough to fully vaccinate all people in low-income countries 1.3 times," The People's Vaccine Alliance said in a statement.

The alliance, a network of organisations and activists campaigning for an end to property rights and patents for inoculations, said its figures were based on the Forbes Rich List data.

"These billionaires are the human face of the huge profits many pharmaceutical corporations are making from the monopoly they hold on these vaccines," said Anna Marriott from charity Oxfam, which is part of the alliance.

In addition to the new mega-rich, eight existing billionaires have seen their combined wealth increase by $32.2 billion thanks to the vaccine rollout, the alliance said.

Topping the list of new vaccine billionaires were the CEO of Moderna Stephane Bancel, and his BioNTech counterpart Ugur Sahin.

Three other neobillionaires are co-founders of the Chinese vaccine company CanSino Biologics.

The research comes ahead of the G20 Global Health Summit on Friday, which has been a lightning rod for growing calls to temporarily remove intellectual property protections on COVID-19 vaccines.

Proponents say doing so would boost production in developing countries and address the dramatic inequity in access.

The United States, as well as influential figures like Pope Francis, back the idea of a global waiver on patent protections.

At a Paris summit seeking to boost financing in Africa amid the pandemic on Tuesday, French President Emmanuel Macron called for the removal of "all these constraints in terms of intellectual property which blocks the production of certain types of vaccines".

The European Commission said Wednesday it would be a "constructive" voice in WTO talks on the issue.

"The highly effective vaccines we have are thanks to massive amounts of taxpayers’ money so it can’t be fair that private individuals are cashing in while hundreds of millions face second and third waves completely unprotected," said Heidi Chow, Senior Policy and Campaigns Manager at Global Justice Now, which helped analyse the billionaire data.

"As thousands of people die each day in India, it is utterly repugnant... to put the interests of the billionaire owners of Big Pharma ahead of the desperate needs of millions," she added.

Manufacturers have stressed that patent protection is not the limiting factor in ramping up vaccine production.

They say a wide range of issues — from the set up of manufacturing sites, to the sourcing of raw materials, to the availability of qualified personnel — are holding up the manufacturing process.