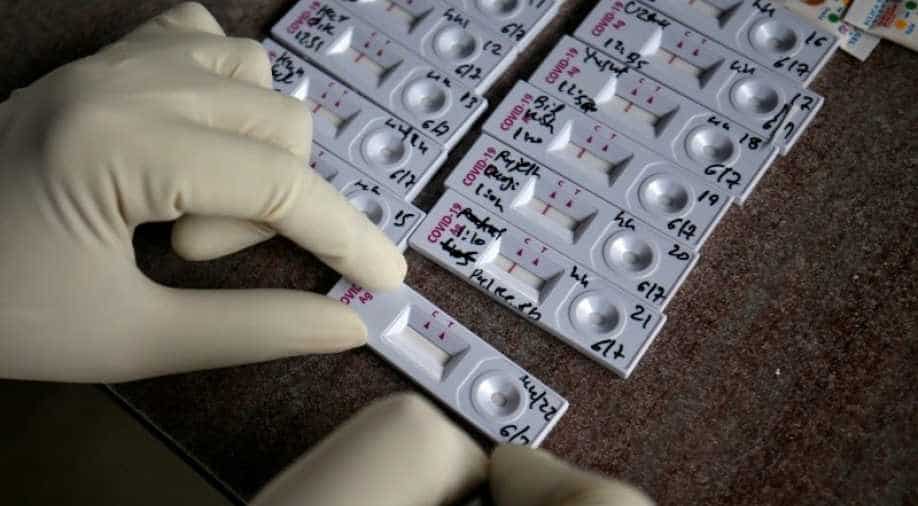 Like a typical pregnancy test, two blue lines will be displayed for positive. This will be read by a health worker.

The world is now pinning hopes on Covid-19 tests that deliver results as fast as pregnancy tests -- in about 15-30 minutes.

Unlike laboratory-based molecular tests that have been the staple of health authorities in the pandemic, antigen tests do not require machines to process. The tests look like a pregnancy test, and are being hailed as a triumph for a global initiative to get vital drugs and vaccines to fight the virus.

To this end, 120m rapid antigen tests from two companies will be supplied to low- and middle-income countries for $5 (£3.90) each or even less.

Like a typical pregnancy test, two blue lines will be displayed for positive. This will be read by a health worker. One test has received emergency approval from the World Health Organization (WHO) and the other is expected to get it shortly.

The tests are administered by health authorities at European airports and included in ticket prices. If they prove popular and safe, these antigen-tested flights will be expanded to more domestic, and later international, routes.

However, the tests require an uncomfortable nasal swab and are not as accurate as the molecular, or PCR, tests. They generally produce more "false negatives" which could mean sick people could slip through the cracks and onto planes.

Despite the drawbacks of such antigen tests, carriers hope they could tip the balance in convincing people to fly.

The tests will allow mass screening of health workers, who are dying in disproportionate numbers in low income countries.