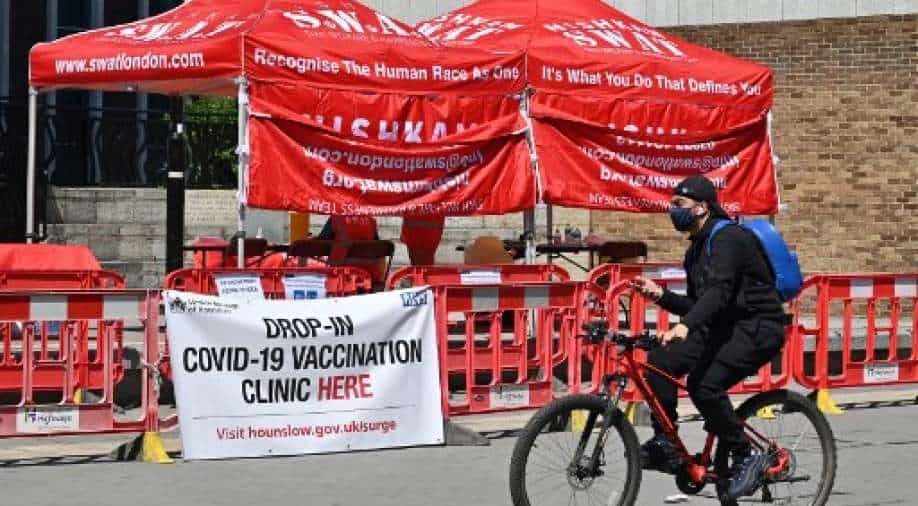 Britain and France have imposed fresh restrictions on travellers from the UK over the virus strain first found in India.

Amid large scale vaccination, Britain on Tuesday recorded no new deaths for the first time since July last year.

However, Germany's health minister Jens Spahn cautioned that the country is "still in the middle of a pandemic" while promising to vaccinate 80 to 90 per cent people who need the jab.

Reports say at least 18 per cent of the German population have been completely vaccinated, however, according to health officials, at least 80 per cent citizens need to get the jab for restrictions to be lifted.

On Tuesday, Germany reported 1,785 new COVID-19 cases and 153 deaths even as Chancellor Angela Merkel said vaccines will be offered to children over the age of 12 with vaccines available to teenagers aged 16 and over from June 7.

Meanwhile, France began vaccinating its adult population on Monday which was earlier restricted to people over 50, health officials and younger adults.

The death toll in France due to the virus has reached 109,690 with over 5.7 million infected cases since last year.

"Like Brigitte and I, like 25 million French people have already done, let's get vaccinated! To protect ourselves, to protect our loved ones," Macron said in a tweet.

Britain and France have imposed fresh restrictions on travellers from the UK over the Delta virus strain. The UK has over COVID-19 cases with 127,782 which is the fifth-highest in the world.