Countries around the world condemn racist attack in US 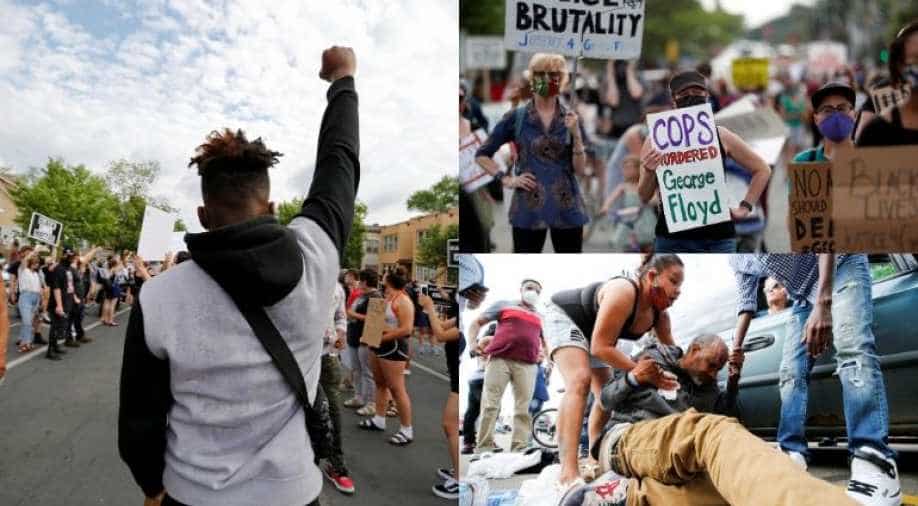 Some are highlighting--- how just and equitable their own society is. Others are using this turmoil to score propaganda points.

America and its President leave no opportunity in commenting on the affairs of others. In offering mediation where none was sought. Now their own house is a mess. What is the world saying?

Some are highlighting how just and equitable their own society is, others are using this turmoil to score propaganda points.

Prime minister Justin Trudeau, the epitome of political correctness says that many Canadians from diverse backgrounds are watching. He says anti-black racism is real and that the world must oppose it "unconscious bias," as the Canadian Prime minister said.

He seems to have achieved some self-realisation during this lockdown. Trudeau himself was embroiled in allegations of racism last year. The controversy was front page news as Justin Trudeau performed wearing blackface makeup several times in his youth.

Once in a turban and robes and at other times in an Afro wig, he had to apologise for this unconscious bias in his re-election bid.

Turkish President Recep Tayyip Erdogan put out a series of posts condemning George Floyd's death and on the racist and fascist approach of the US government.

The President said Turkey always stands against all attacks on humanity and about how he will fight to protect the rights of all humanity. For Erdogan, charity seems to begin miles away and ends by the time it reaches home.

Turkey has led a targeted campaign against the Kurds for years. Thousands of Kurds have been displaced by ongoing violence. Their human rights situation was the worst in 2019. Somebody who is targeting societies of perceived enemies should avoid giving sermons on human rights.

Iran's foreign minister Javad Zarif decided to be a little creative about it. He put out an edited version of a US State Department press release.

Every mention of Iran's suppression was swapped with the United States. The caption had a hashtag attached world against racism.

The Russian foreign ministry said: "This incident is far from the first in a series of lawless conduct and unjustified violence by US law enforcement."

It is the same country that tried to stifle pro-democracy protests last year.

China had a busy weekend and a lot to say. Hua Chun Ying is a Chinese foreign ministry spokesperson. She shared a tweet by the US State Department about Hong Kong protests. The caption read: "I can't breathe."

The last words of George Floyd. Hu Xijin --- the editor of the state-run Global Times also compared the unrest in the US to that in Hong Kong.

He urged the US President to go talk to the demonstrators. Just like he urged Beijing to talk to Hong Kong rioters. In the end, neither Beijing nor Washington took his advice.

In any case, anything coming out of China on human rights is preposterous. Their record is an unmitigated disaster. America deserves much criticism for what's happening.

America's leaders who sit in judgment of others have failed miserably to walk the talk on equality, justice, and human rights but those living in glass houses like China and Iran shouldn't throw stones at others.