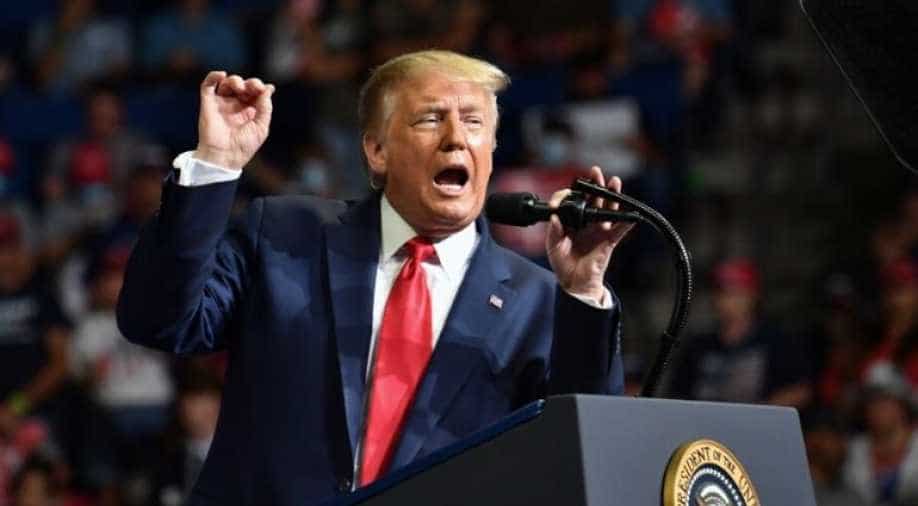 US President Donald Trump speaks during a campaign rally at the BOK Center on June 20, 2020 in Tulsa, Oklahoma Photograph:( AFP )

US President Donald Trump's controversial rally and other mass events in Tulsa in June "more than likely" contributed to a local spike in coronavirus cases.

Several thousand supporters of the US president defied the pandemic to attend the fiery rally last month, which was hyped as a major campaign relaunch ahead of the November election. Health authorities in the southern US state of Oklahoma now believe the events led to the sudden surge in cases.

The indoor gathering had drawn criticism for a lack of social distancing and its failure to mandate the wearing of masks.

Attendees' temperature was taken at the entrance to Trump's rally, and masks distributed, but the majority of participants did not wear one -- including Trump himself.

Also, a day before Trump's rally, thousands in Tulsa participated in Juneteenth commemorations marking the liberation of the final US slaves in 1865. The night of the rally, almost 1,000 counter-protesters also gathered in the city.

Several members of the Republican billionaire's campaign team tested positive for the coronavirus before and after the rally, as did Secret Service agents.