Coronavirus: Doctors struggle to cope with high influx of patients in Italy 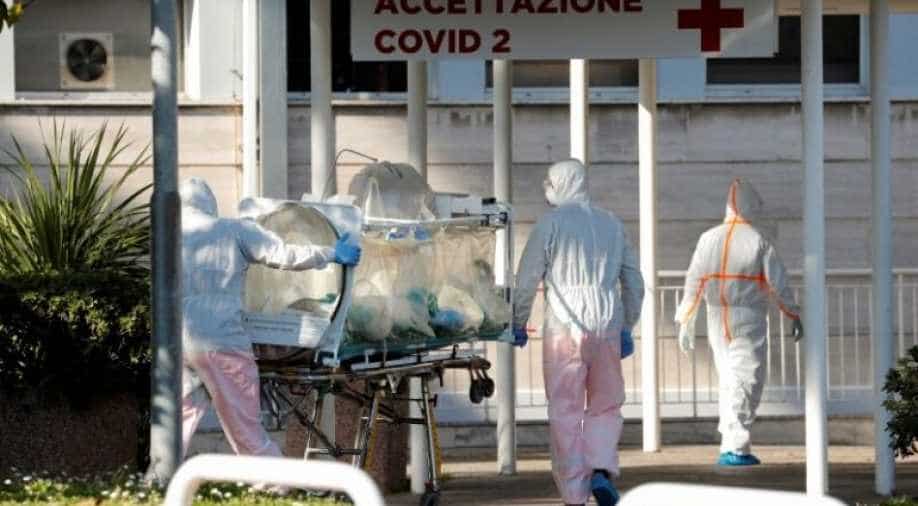 Hospitals in Italy are overwhelmed with intensive care units running at full capacity.

The novel Coronavirus has claimed 4,000 lives and infected over 40,000 people in Italy even as doctors and nurses are struggling to cope with the high influx of patients pouring in every day.

Hospitals in Italy are overwhelmed with intensive care units running at full capacity.

Patients rushing to the hospitals are being placed on beds in waiting rooms by overworked healthcare workers.

In the main hospital at Bergamo, the area hardest hit by the deadly virus, the situation is severe. Patients are lined up in a narrow ward in more numbers than it can hold. Nearly 50 to 60 patients are coming in every day in a serious condition, describing their symptoms as flu.

Bergamo is the epicentre of the virus outbreak in Italy. In recent weeks, the Lombardy province has become the site of hundreds of coronavirus deaths.

The cemetery is so overwhelmed by the number of dead that military trucks transported 65 bodies to a neighbouring region for cremation this week.

Experienced medical professionals, who are used to working under intense strain, have never been this stressed in their careers.

Meanwhile, Italy imposed further draconian restrictions on public life on Friday in an increasingly desperate effort to halt coronavirus infections after the death toll leapt by 627 in a single day, by far the biggest 24-hour rise recorded anywhere.

The mayor of the most badly affected city, Bergamo in the affluent northern region of Lombardy, said the true number of fatalities from the pandemic in his area was four times higher than was officially reported so far.

"Many of the elderly are dying in their houses or in old people's homes, without anyone testing them either before or after they die," Giorgio Gori told the Huffington Post.

He added that a dozen mayors of other cities had confirmed the same thing to him.