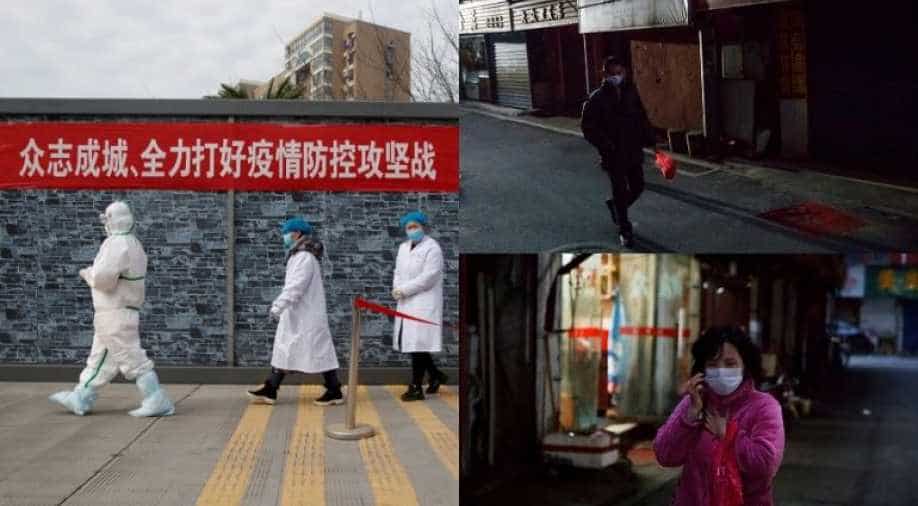 The World Health Organization, which declared the outbreak a public health emergency of international concern, has said global trade and travel restrictions are not needed.

China faced mounting isolation in the face of increasing international travel curbs and flight suspensions on Saturday, as the death toll from a spreading coronavirus outbreak rose to 259. The epidemic has led to mass evacuations of foreign citizens as world airlines halt flights, and risks exacerbating a slowdown in growth in the world's second-largest economy.

China's National Health Commission said there were 2,102 new confirmed infections in China as of Friday, bringing the total to 11,791. Around two dozen other countries have reported more than 130 cases. All of the reported deaths from the virus have been in China. The Russian military was to start evacuating Russian citizens from China on Monday and Tuesday, Interfax and TASS news agencies reported. Kremlin spokesman Dmitry Peskov was quoted as saying the evacuations would be from regions that had been most affected by the outbreak.

Russia, which has already restricted direct flights with its biggest trading partner, also said it was suspending visa-free travel for Chinese visitors and halting work visas. Most international cases have been in people who had recently travelled to or were visiting from Hubei province, the epicentre of the outbreak.

Hubei has been under a virtual quarantine for the last week, with roads sealed off and public transport shut down. Elsewhere, Chinese authorities placed growing restrictions on travel and business. In Beijing, counters were set up at the entrances of housing estates, where volunteers wearing red armbands and masks noted details of residents coming back from their hometowns after the Lunar New Year holiday. 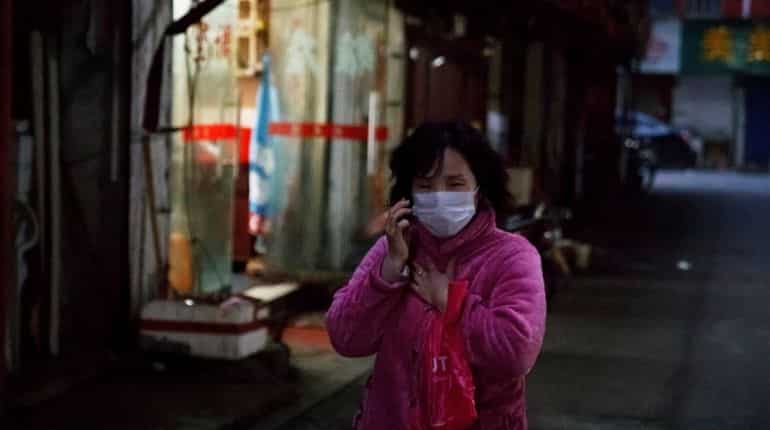 In Hubei, the provincial government extended the holiday break to Feb. 13 in a bid to contain the outbreak, the Hubei Daily reported. The World Health Organization, which this week declared the outbreak a public health emergency of international concern, has said global trade and travel restrictions are not needed.

But Singapore and the United States announced measures on Friday to ban foreign nationals who have recently been in China from entering their territories. Australia followed suit on Saturday. "We're operating with an abundance of caution in these circumstances so Australians can go about their daily lives with confidence," Prime Minister Scott Morrison told reporters in Sydney.

The Chinese data would suggest the flu-like virus is less deadly than the 2002-03 outbreak of Severe Acute Respiratory Syndrome (SARS), which killed nearly 800 people of the some 8,000 it infected, although such numbers can evolve rapidly.

The list of international airlines suspending all or some flights to China is growing. The latest was Qantas Airways Ltd and Air New Zealand, who said travel bans forced them to suspend their direct flights to China from Feb. 9. All three major U.S. airlines said on Friday they would cancel flights to mainland China. The commander of U.S. forces in the Pacific banned travel to China for all service members and civilian personnel under his authority and ordered those now in China to leave immediately, officials said. U.S. health officials on Saturday confirmed an eighth case of the virus, a person in Massachusetts who recently returned from Hubei province.

Many nations have sent charter flights to repatriate citizens from China and then place them in isolation for around two weeks, believed to be the incubation period of the virus. German Health Minister Jens Spahn called for calm and warned against hysteria as more than 100 Germans and family members landed in Frankfurt, none showing any symptoms of the virus. As of Saturday evening Germany had eight confirmed cases.

Britain, which has had two confirmed cases, said it was withdrawing some staff from its embassy and consulates in China. Many of the private clinics catering to foreigners in China have started to turn away people with fevers.

Infections have jumped in two cities flanking Wuhan, where the new virus is believed to have originated, raising concerns that new hot spots are emerging despite strict transport restrictions. In Huanggang, authorities asked households to designate one individual who can leave the home, a local newspaper said. The mayor of the city of about 7.5 million people said there could be a significant rise in cases this weekend.

The northern city of Tianjin, home to some 15 million, suspended all schools and businesses until further notice. Efforts to contain the virus risk slowing economic growth in China. The virus impact prompted Goldman Sachs to cut its estimate for first-quarter growth to 4% from 5.6%. China's central bank said the impact was temporary and economic fundamentals remained sound, but that it would increase credit support, lowering lending costs for affected companies.

Apple Inc said on Saturday it would close all of its official stores and corporate offices in China until Feb. 9, the latest of dozens of major companies, including IKEA and Walmart Inc, to restrict travel and operations due to the outbreak.