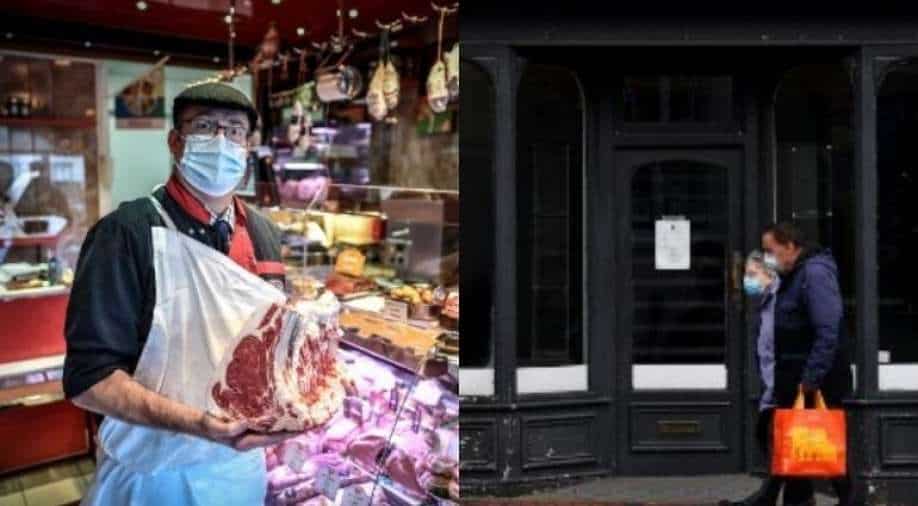 Europeans try to live with Covid, rather than eradicating it. Photograph:( AFP )

As Europe grapples with the virus, the death toll due to virus crossed 400,000 on Saturday as German minister Peter Altmaier said the partial lockdown in the country could extend till early spring next year.

Italy, France, Spain and the UK have been the worst-hit nations in Europe even as European nations mull reopening ahead of Christmas holidays with several restrictions.

The Belgium government said it will reopen shops from December 1 including Luxembourg and the Netherlands, however, it would be allowed under strict lockdown measures.  France is also set to allow non-essential retailers to reopen.

Belgium has nearly 570,000 infection cases with 1,034 patients in intensive care. There have been 16,300 fatalities due to the virus in Belgium with 142 deaths recorded on Thursday.

Germany which was earlier successful in combating the virus has been hit by a second wave with the country recording over 22,000 new daily cases on Friday.

Germany now has over 1 million infected cases with the number of patients in intensive care soaring from nearly 360 in October to over 3,500 last week.

England meanwhile will enforce tier 3 lockdown measures which is the strictest measure with Britain accounting for almost two-thirds of COVID-19 fatalities in Europe with 57,551 deaths.

After the lockdown ends in England on December 2 at least 23 million people will be on "very high" alert level in England including Leeds, Manchester, Bristol and Birmingham.

London has been spared strict restrictions with the capital set to enter tier 2 status post-December 2 allowing restaurants and leisure facilities to reopen.

"I really wish it were otherwise but if we're going to keep schools open as we must, then our options in bearing down on the disease are necessarily limited," PM Boris Johnson said. Britain recorded 498 deaths on Thursday and nearly has nearly 1.6 million infection cases with testing and contact tracing high on the government's agenda.