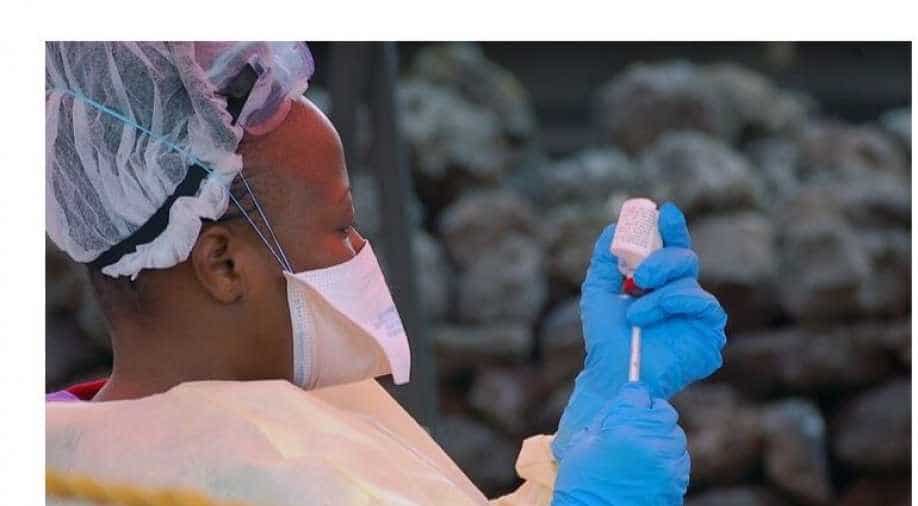 A nurse prepares a vaccine against Ebola in Goma, eastern Democratic Republic of the Congo. Photograph:( AFP )

The Democratic Republic of the Congo will introduce a second vaccine next month to combat the Ebola virus, which has killed more than 2,100 people in the country, the World Health Organization said on Monday.

The announcement came as the aid group Doctors Without Borders (MSF) accused the WHO of rationing the first Ebola vaccine in the DRC.

"The health authorities in the Democratic Republic of the Congo (DRC) have announced plans to introduce a second experimental Ebola vaccine, manufactured by Johnson & Johnson, from mid-October," the global health body said in a statement.

"This vaccine, which is given as a 2-dose course, 56 days apart, will be provided under approved protocols to targeted at-risk populations in areas that do not have active Ebola transmission as an additional tool to extend protection against the virus", they added.

Matshidiso Moeti, WHO's Regional Director for Africa, said the second vaccine "will help ensure that we have potentially an additional tool to prevent the expansion of the outbreak and also a potential tool to protect populations before outbreaks hit areas at risk."

The WHO said last week that as of September 17, DRC had registered a total of 3,145 cases of Ebola since the outbreak began over a year ago, including 2,103 deaths.

It has declared the Ebola epidemic a "public health emergency of international concern".

Around 225,000 people have received the Ebola vaccine manufactured by the German pharma giant Merck since August 8, 2018.

But the MSF said earlier Monday that "this number remains largely insufficient".

"One of the main problems currently is the fact that in practice the vaccine is rationed by the WHO and that too few people at risk are protected today," MSF said in a statement.

The WHO denied limiting the availability of the drug, saying it was doing "everything possible" to end the epidemic.

The UN's health agency has been pushing for the introduction of the second vaccine, but the DRC health ministry under former minister Oly Ilunga had resisted such a move, citing the risks of introducing a new product in communities where mistrust of Ebola responders is already high.

Ilunga stepped down on July 22 after being replaced as the head of the country's Ebola response effort.

He has since been charged with embezzling funds allotted for the Ebola fight, according to his lawyers who reject the allegations saying accounts prove that public funds were used "exclusively" for the anti-Ebola effort.

WHO Director-General, Tedros Adhanom Ghebreyesus, praised the latest decision by DRC authorities, who he said, "Have once again shown leadership and their determination to end this outbreak as soon as possible".