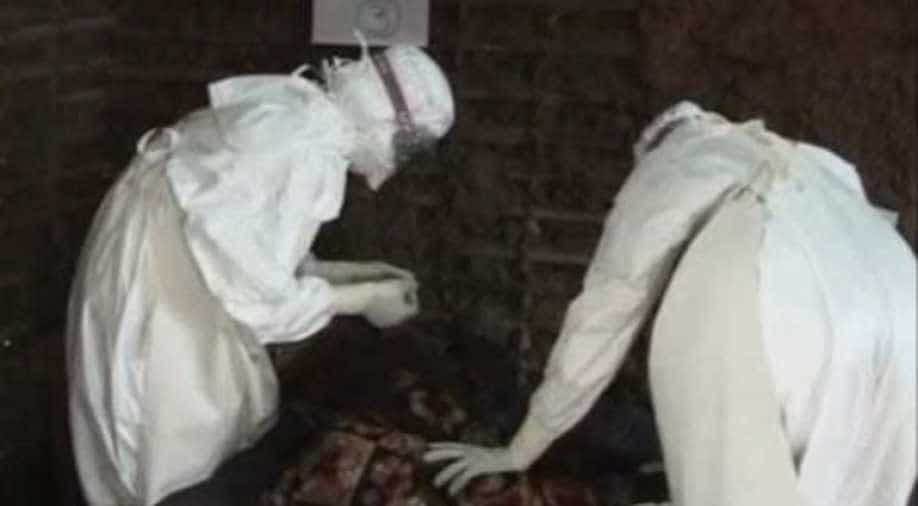 The risk to countries in the region was now 'high', raised from 'moderate'

The risk to countries in the region was now "high", raised from "moderate", but the global risk remained "low", the WHO said.

The reassessment came after the first confirmed case in Mbandaka, a city of around 1.5 million in the northwest. Previous reports of the disease had all been in remote areas where Ebola might spread be more easily contained.

"The confirmed case in Mbandaka, a large urban centre located on major national and international river, road and domestic air routes, increases the risk of spread within the Democratic Republic of the Congo and to neighbouring countries," the WHO said.

WHO Deputy Director-General for Emergency Preparedness and Response Peter Salama had told reporters on Thursday that the risk assessment was being reviewed.

"We're certainly not trying to cause any panic in the national or international community," he said.

Later on Friday, the WHO will convene an Emergency Committee of experts to advise on the international response to the outbreak, and decide whether it constitutes a "public health emergency of international concern".

The nightmare scenario is an outbreak in Kinshasa, a crowded city where millions live in unsanitary slums not connected to a sewer system.

Jeremy Farrar, an infectious disease expert and director of the Wellcome Trust global health charity, said the outbreak had "all the features of something that could turn really nasty".

"As more evidence comes in of the separation of cases in space and time, and healthcare workers getting infected, and people attending funerals and then travelling quite big distances - it's got everything we would worry about," he told Reuters.

The WHO statement said there had been 21 suspected, 20 probable and 3 confirmed cases of Ebola between April 4 and May 15, a total of 44 cases, including 15 deaths. Mbandaka had three suspected cases in addition to the confirmed case.

The WHO is sending 7,540 doses of an experimental vaccine to try to stop the outbreak in its tracks, and 4,300 doses have already arrived in Kinshasa. It will be used to protect healthworkers and "rings" of contacts around each case.

The vaccine supplies will be enough to vaccinate 50 rings of 150 people, the WHO said. As of 15 May, 527 contacts had been identified and were being followed up and monitored.