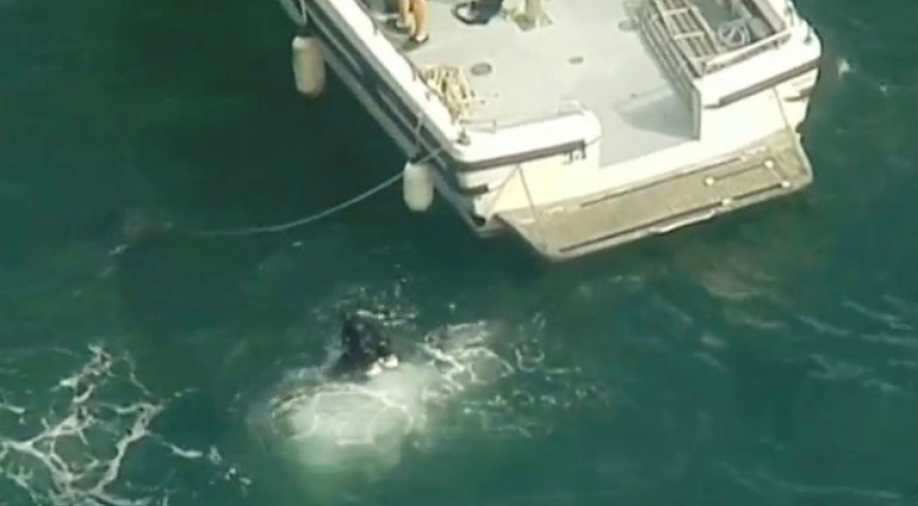 Diver is seen entering the water from rescue vessel after a seaplane crashed into a Sydney river, killing six people. Photograph:( Reuters )

The CEO of Britain's Compass Group CEO, Richard Cousins, was among six people who died after a seaplane crashed into a river in Sydney on New Year's Eve.

Hutchings said Heather was with her father onboard and that all passengers knew each other. He added that police had already been in contact with UK authorities.

Police are working with the Australian Transport Safety Bureau to recover the wreckage of the plane, which is submerged in 13 metres of water near Cowan, north of Sydney.

An investigation into the cause of the crash has begun, with a preliminary report expected within 30 days. Authorities have warned that it may take up to a year to find out what happened.

The seaplane was part of the Sydney Seaplanes business, which has operated since 2005 with no previous record of mishap. Seaplane flights have been cancelled until further notice.