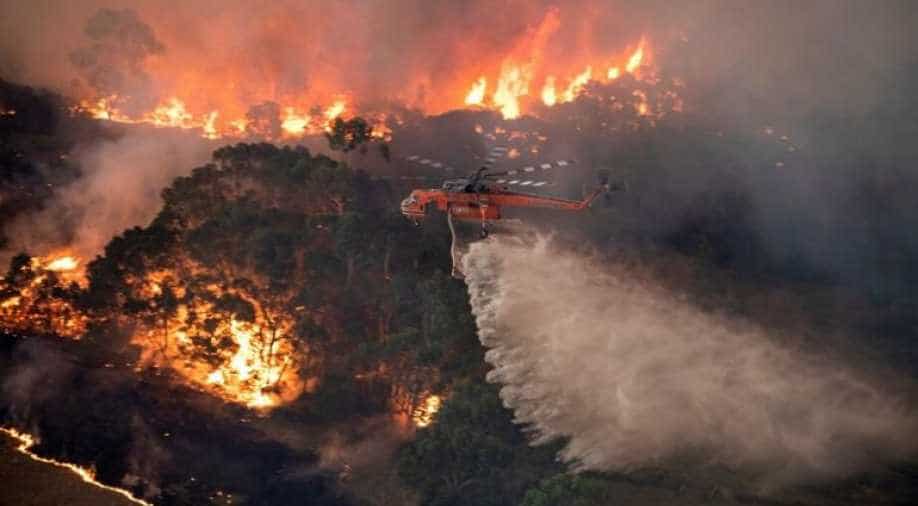 Record-breaking temperatures and months of severe drought fuelled a series of massive bushfires across Australia that started in November, which caused severe damage to the wildlife, human civilization and environment. Till March 2020, the fires burnt an estimated 18.6 million hectares (46 million acres; 186,000 square kilometres; 72,000 square miles), destroyed over 5,900 buildings (including 2,779 homes) and killed at least 34 people and nearly 480 million wildlife. Photograph:( AFP )

The report has been released in the wake of the devastating and lengthy bushfires that burned nearly 30 million acres bushland, killing 33 people and nearly 1 billion native animals

A new report from the Australia Institute says Australia's summers have been extended by half due to climate change. Pushing up temperatures in recent decades.

When temperatures across the rest of the world increase by 3.4 celsius on average - which was estimated in a recent report - Australia is projected to be closer to 4 celsius.

Despite good rain in some parts of Australia during February, summer rainfall was below average for the country as a whole.

The report reveals that summers are on average 31 days longer and winters 21 days shorter than it was in the 1950s and 60s.

The report has been released in the wake of the devastating and lengthy bushfires that burned nearly 30 million acres bushland, killing 33 people and nearly 1 billion native animals.

As per the report, the difference can be felt in Sydney, Melbourne and other parts of the country.Extreme heat can put the public at risk and hurt the economy.

Scientists have warned that increased temperatures and heat waves will lead to more dangerous fire seasons.

While shorter winters will reduce the window for hazard reduction to mitigate the impact of fires.

The Australian government has committed to the Paris agreement, which aims for a 26 to 28 per cent reduction on 2005 greenhouse gas emissions levels by 2030.

But still, the think-tank is calling the government to boost its emissions reduction plan to prevent more climate change-related warming.