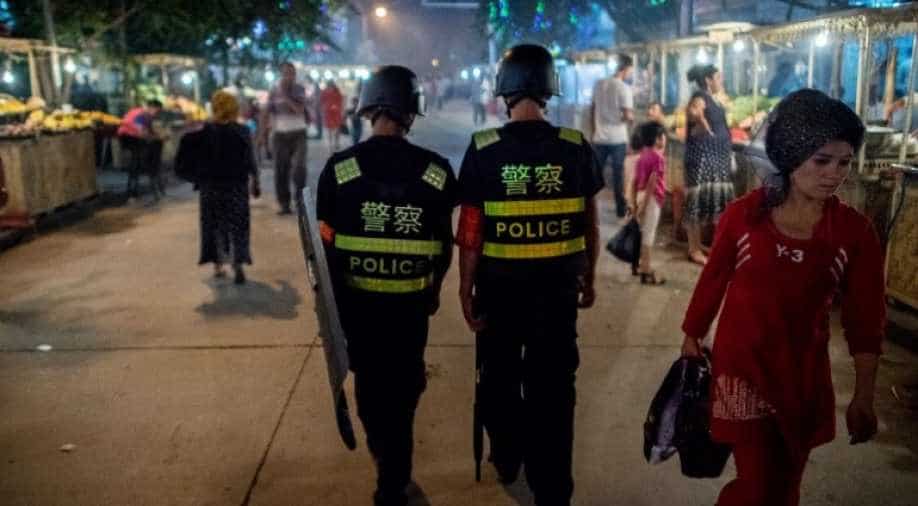 Nearly one million Uighurs and other mostly Muslim Turkic minorities are being held in detention centres in Xinjiang, according to estimates cited by a UN panel.

A Chinese official on Tuesday rejected international criticism of internment camps in the restive Xinjiang region, calling them job training centres that will "gradually disappear" if "one-day society no longer needs it".

Nearly one million Uighurs and other mostly Muslim Turkic minorities are being held in detention centres in Xinjiang, according to estimates cited by a UN panel.

A US official described the situation in Xinjiang as "horrific".

But Beijing has denied the accusations, saying people are attending "vocational education centres" to rid them of any extremist thoughts in a region that was hit by deadly riots and attacks in recent years.

"Our education and training centres have been set up according to our needs. The students that come in to learn, it's a dynamic number that changes," Shohrat Zakir, the chairman of Xinjiang's government, told journalists on the sidelines of China's annual parliamentary meeting.

Former inmates have said they found themselves incarcerated for transgressions such as wearing long beards and face veils or sharing Islamic holiday greetings on social media.

Critics allege Uighurs in the camps are being brainwashed in a massive campaign to enforce conformity with Chinese society and the abandonment of Islam.

Shohrat also hit out at "certain individuals", whom he says "sensationalised" the number of people in these centres.

"It's not like that," he said, calling on reporters to visit Xinjiang.

Journalists are harassed and surveilled by local authorities when reporting in the western Chinese region.

"There's just a very tragic, and I think, a horrific situation there," US envoy on religious freedom Sam Brownback told reporters in a conference call.

Xinjiang, which shares a border with several countries including Pakistan and Afghanistan, has long suffered from violent unrest, which China claims is orchestrated by an organised "terrorist" movement seeking the region's independence.

It has implemented a massive, high-tech security crackdown, which it says has prevented any violent incidents in over two years.

But many Uighurs and Xinjiang experts say the violent episodes stem largely from spontaneous outbursts of anger at Chinese cultural and religious repression, and that Beijing plays up terrorism to justify tight control of the resource-rich region.