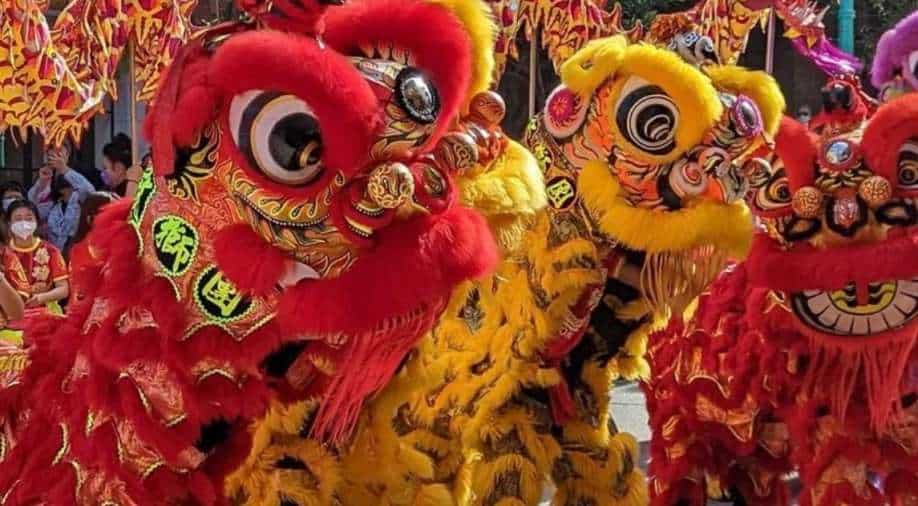 The holiday also brought hope for some in the Asian and Asian-American communities, which have suffered from rising rates of hate crimes during the past two years

The streets of San Francisco, California on Saturday (February 19) witnessed people enjoying and celebrating the city's annual Lunar New Year parade after a hiatus last year. The celebrations were cancelled last year due to the coronavirus pandemic.

People were banging drums, performing on stilts, lighting firecrackers as those who participated marched from downtown through the streets toward the Chinatown neighbourhood.

A 20-year-old student from Stanford University named Kevin Yang travelled from Palo Alto to see the parade. "It's really great to see Asian-American representation out here in San Francisco and seeing so many faces here, definitely means that people actually care about it, and that's something we really, really like about the city," Yang said.

The Lunar New Year celebrations started worldwide on February 1 and the festivities are still underway. The Lunar New Year, which is also known as the Chinese New Year is celebrated as the Spring Festival in China and by the Asian diaspora.

The celebrations have marked the end of the Year of the Ox. As per the Chinese zodiac, Ox is termed as "the good helper". It is a symbol of diligence, strength, honesty, persistence and wealth. Now, the Year of the Tiger has started.

The ushered in the Year of the Tiger with a celebratory lion dance and the snap, crackle and pop of firecrackers. In Chinese traditions firecrackers are believed to scare off evil spirits from the year to come and bring good fortune.

The holiday also brought hope for some in the Asian and Asian-American communities, which have suffered from rising rates of hate crimes during the past two years.

Statistics showed that 60 hate crimes were committed against Asians in San Francisco during 2021, up from only nine the year before, city police announced last month.