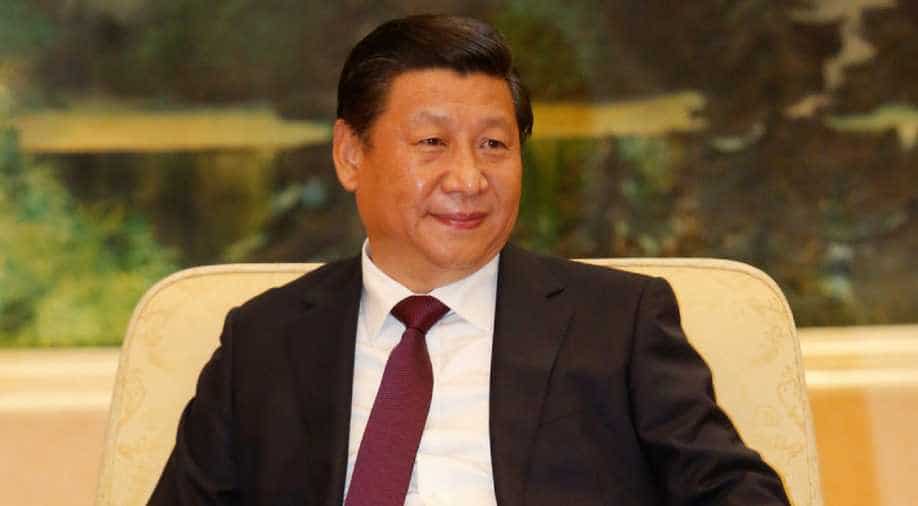 China banned puns on radio, television and other media on the grounds that it defiled language traditions and confused impressionable youth Photograph:( Others )

Nearly three years ago, China banned puns on radio, television and other media on the grounds that it defiled language traditions and confused impressionable youth. That may have been a reason but the more accurate one may have been to stifle criticism.

An ode doing the rounds on Teacher's Day in 2014 paid tribute to President Xi Jinping and his singer wife Peng Liyuan roughly translated into English it said 'Daddy Xi loves Mama Peng', but when Da from Daddy is joined with Ma from Mama, you get the Chinese word for the narcotic marijuana.

The Mandarin media on the Chinese mainland and in Hong Kong carried more than 130 pieces of varying length, clearly an attempt to sensitise the public to the tensions on the plateau, and shape opinion.

That was deemed subversive and, therefore, unacceptable, and so the crackdown on puns. But wordplay is common to the Chinese language. China's ambassador to India Luo Zhaohui indulged in some last Friday to mark the founding anniversary of the People's Republic.

He said: "We should turn the old page and start a new chapter with the same pace and direction. We should dance together. We should make one plus one 11. China is the largest trading partner of India."

One wonders where that concern was during the Doklam standoff when the foreign ministry in Beijing used threatening and intimidatory language against India. State-run media described Sushma Saraj as a liar and referred to National Security Adviser Ajit Doval as the "main schemer" behind the standoff.

Some China watchers in Delhi believe that Beijing has done lasting damage to the bilateral relationship. It also reduced the room for negotiation by insisting, falsely, that Doklam is Chinese territory, accusing India of invading, even claiming a "surgical strike" by India. Chinese diplomats in Delhi went so far as to repeat the official warning to India going back to 2008, that China would reverse its recognition of Sikkim as part of India.

An analysis of media coverage of the standoff by the Delhi-based Centre for China Analysis & Strategy is illustrative. The Mandarin media on the Chinese mainland and in Hong Kong carried more than 130 pieces of varying length, clearly an attempt to sensitise the public to the tensions on the plateau, and shape opinion.

Over a 36-day period beginning June 26, there were 36 articles on Doklam in the state-owned English language Global Times. This is a subsidiary of the People's Daily and articles published here are vetted by the Propaganda Department of the Communist Party.

Editor-in-chief Hi Xijin said his paper reflected what government officials thought but could not say in public.

In an interview to the online journal Quartz last year, editor-in-chief Hi Xijin said his paper reflected what government officials thought but could not say in public. It's hawkish belligerent tone and often insulting editorials get it noticed as the 'voice of Beijing' even while official statements remain circumspect.

Curiously enough, Hu was among the ranks of protestors in Tiananmen Square in 1989 but by his own admission, left before the crackdown began. Somewhere down the line, he changed course. His critics refer to him as a "frisbee grabber", an insult meaning he's a trainable dog that always fetches the frisbee thrown by its master.

Back to the present. That Ambassador Luo Zhaohui wants to turn the page on Doklam and move on is good news. One waits to see how this pans out on the ground.

Last word: In July 2010 during the ASEAN summit in Hanoi, Yang Jiechi then foreign minister (he currently states counsellor or national security adviser), mocked the group's move to have the US mediate China's claims to the South China Sea and warned them: "There is one basic difference among us. China is a big state and you are smaller countries."

India can draw its lessons from that.