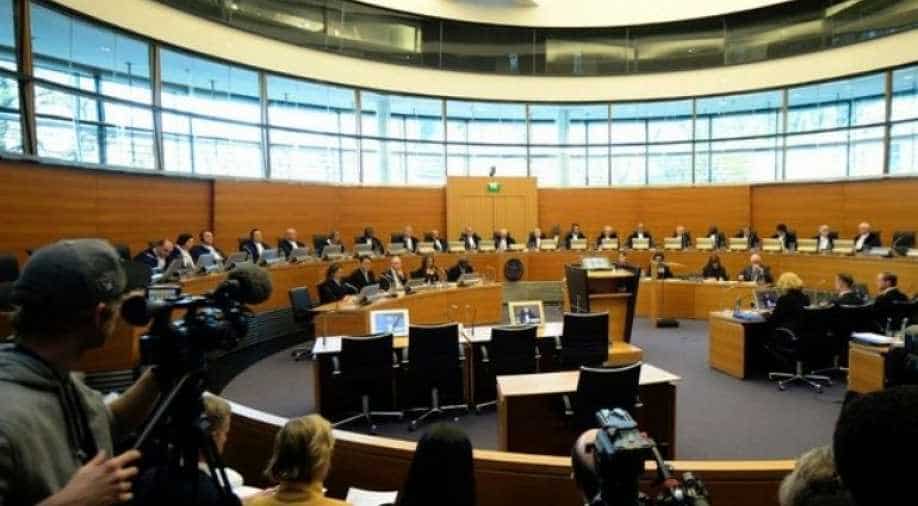 International Tribunal for the Law of the Sea Photograph:( Reuters )

A Chinese ambassador, Duan Jielong has been elected as a Judge to the International Tribunal for the Law of the Sea (ITLOS).

In an interesting turn of events, the United Nations (UN) has appointed a Chinese official as a judge to settle international disputes on the sea.

A Chinese ambassador, Duan Jielong has been elected as a Judge to the International Tribunal for the Law of the Sea (ITLOS).

The Tribunal is an independent judicial body based in Hamburg, Germany. It was established in 1996 under the United Nations Convention on the Law of the Sea (UNCLOS)

It settles disputes on the interpretation and application of the convention, and 168 countries are party to this convention. The convention elects a 21-seat tribunal. Elections to seven seats were held recently, and Chinese ambassador Duan Jielong was elected to one of these seats, and his term starts on october 01.

This is problematic as Beijing's track record speaks of violating law of the sea more than any other country. It boycotts court hearings on maritime disputes and does not accept international verdicts.

In 20016, the permanent court of arbitration in the hague held China guilty and said that China has violated the sovereign rights of the Philippines in the sea. China declared the decision as illegal, null and void.

China is at odds with six countries in the south china sea: The Philippines, Brunei, Indonesia, Malaysia, Taiwan and Vietnam. It has also engagaged Japan in the East China sea. This is China's way of overtaking the region's strategic and economic value.

China began claiming the spratly islands as early as the 1970s and has increased the size of some islands. It has also created around 3,200 acres of new land in the Spratly islands since 2013. It has militarised the paracel islands, and created 27 outposts in the Woody islands.

China regularly carries out military drills in the sea, but will now sit in judgment of others.

Chinese Foreign Ministry spokesperson, Zhao Lijian, said, "I believe the judges-elect will do their duty justly and contribute to the court."

This tribunal has received 28 cases since its establishment. Recently, a Chinese vessel trespassed Japanese waters. Similarly, Vietnam is considering legal action against China for trying to grab Vietnamese land. If Japan and Vietnam drag Beijing to this tribunal, there's less chances of Duan giving out an unbiased ruling.