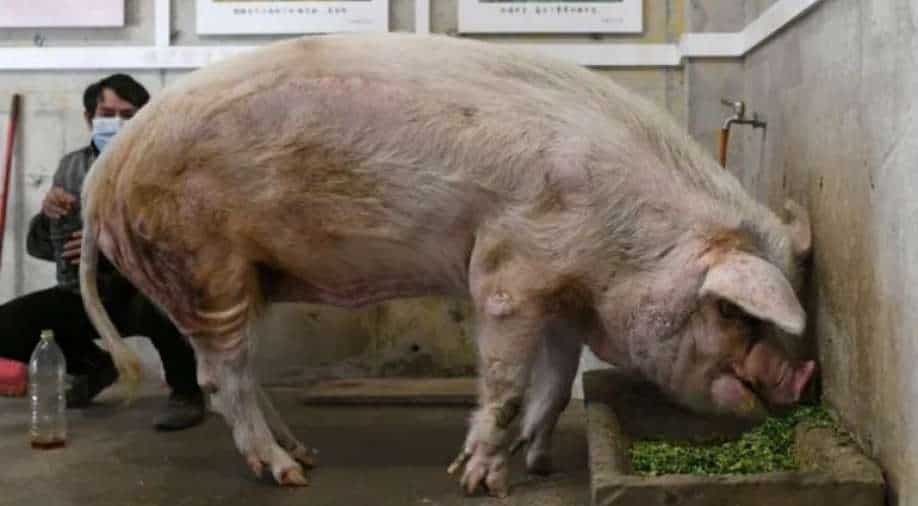 A strong earthquake of 7.9 magnitude hit the south-western Sichuan province on 12 May, 2008. During that time, the pig survived on a bag of charcoal and rainwater

China is mourning the death of a famous pig which was known as a symbol of bravery and strength after having survived an earthquake more than a decade ago. The pig, known as Zhu Jianqiang, was a symbol of the will to survive.

Its name translates to “strong-willed pig” and was famous for surviving under rubble after the deadly quake that killed nearly 90,000 people.

On 12 May, 2008, a strong earthquake of 7.9 magnitude had hit the south-western Sichuan province. The pig, caught up in the rubble, survived on a bag of charcoal and rainwater.

Although the pig was as thin as a goat when rescued, it was adopted by a museum near the Chengdu city which bought it for 3,008 yuan. It became a tourist attraction as people hailed it as a symbol of the will to survive.

The pig, which lived the equivalent of 100 human years, died due to old age and exhaustion. As the museum announced the news on its account on social media platform Weibo, the country sent tributes for the ‘strong pig’ who not only survived the earthquake but also lived healthily for 13 years since the tragedy.