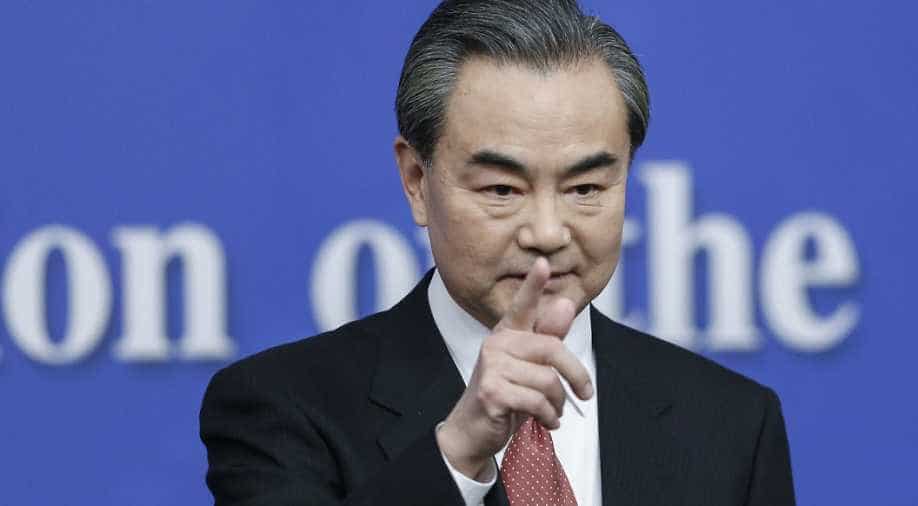 Wang also said that relations between China and the United States were generally on a sound track and that the two sides should further focus on cooperation while properly managing their differences. Photograph:( Getty )

Follow Us
China's foreign minister spoke with the US secretary of state John Kerry over telephone on Wednesday, ahead of a key international court ruling on China's South China Sea claims, and warned Washington against moves that infringe on China's sovereignty, Beijing's official Xinhua news agency reported.

Xinhua said Wang Yi repeated China's rejection of the jurisdiction of the International Court of Arbitration in a case the Philippines has brought against China's claims to nearly all of the South China Sea, calling it a "farce" that should come to an end.

The court, based in The Hague, is due to give its ruling on Tuesday, raising fears of confrontation in the region. US officials say the US response should China stick to its vow to ignore the ruling could include stepped up freedom-of-navigation patrols close to Chinese claimed islands in what is one of the world's business trade routes.

In the call initiated by Kerry, Wang "urged the United States to honour its commitment to not to take sides on issues related to sovereign disputes, to be prudent with its actions and words, and not to take any actions that infringe upon the sovereignty and security interests of China," Xinhua said.

Wang said that regardless of the tribunal's ruling, China would "firmly safeguard its own territorial sovereignty and legitimate maritime rights and firmly safeguard the peace and stability," Xinhua said.

Wang also said that relations between China and the United States were generally on a sound track and that the two sides should further focus on cooperation while properly managing their differences.

The US State Department confirmed that Kerry had spoken by phone to Wang.

"The two discussed issues of mutual interest. We are not going to get into the details on this private diplomatic conversation," State Department spokeswoman Gabrielle Price said.

China has been angered by US patrols in the South China Sea in recent months and on Tuesday launched what the Defense Ministry termed "routine" military drills there.

On Tuesday, Beijing sought to downplay fears of conflict in the South China Sea after an influential state-run newspaper said Beijing should prepare for military confrontation.

US officials say they fear China may respond to the ruling from The Hague by declaring an air defence identification zone in the South China Sea, as it did in the East China Sea in 2013, and by stepping up its building and fortification of artificial islands.