The proportion of youth to old will be drastically imbalanced by the rising positions of the old, putting a remarkable load on the ties that hold society together

China has eased its two-child limit policy over concerns of the aging population and a decline in the birth rate.

In the event that current patterns proceed, China's population will top at 1.44 billion out of 2029 preceding entering "relentless" decrease, as indicated by a Chinese Academy of Social Sciences study released in January.

The nation will enter a "time of negative populace development," the report says, cautioning that by 2065 numbers will re-visitation the degrees of the mid-1990s. 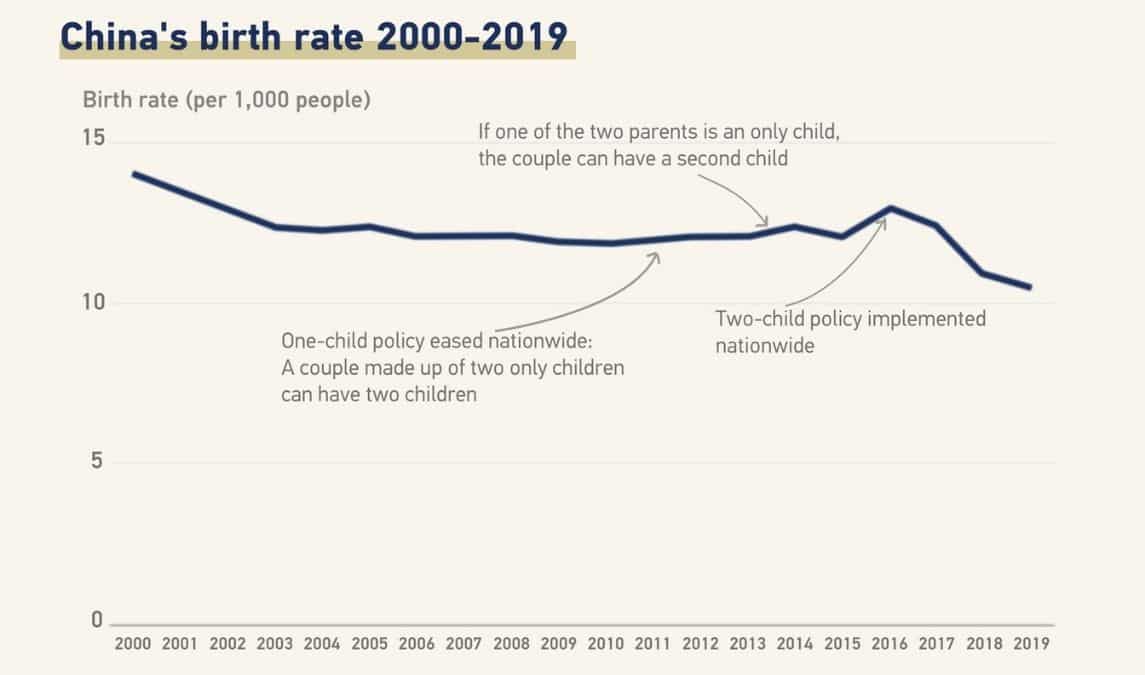 The proportion of youth to old will be drastically imbalanced by the rising positions of the old, putting a remarkable load on the ties that hold society together.

The size of the issue is incomplete because of the tradition of the one-kid strategy: history's greatest social-designing examination.

However, China's quickly maturing populace could require the deserting of the nation's two-youngster strategy as retired people will require more kids to take care of them, specialists have cautioned.

It has been anticipated that the nation might have 300 million individuals matured at least 60 of every five years, up from 254 million a year ago.

"Guardians of the nation's original of just kids will turn out to be older in five to ten years, and we will see a rush of requests for senior consideration."

The service has spread out designs to prepare 10,000 consideration home chiefs and 100,000 social laborers for the older.