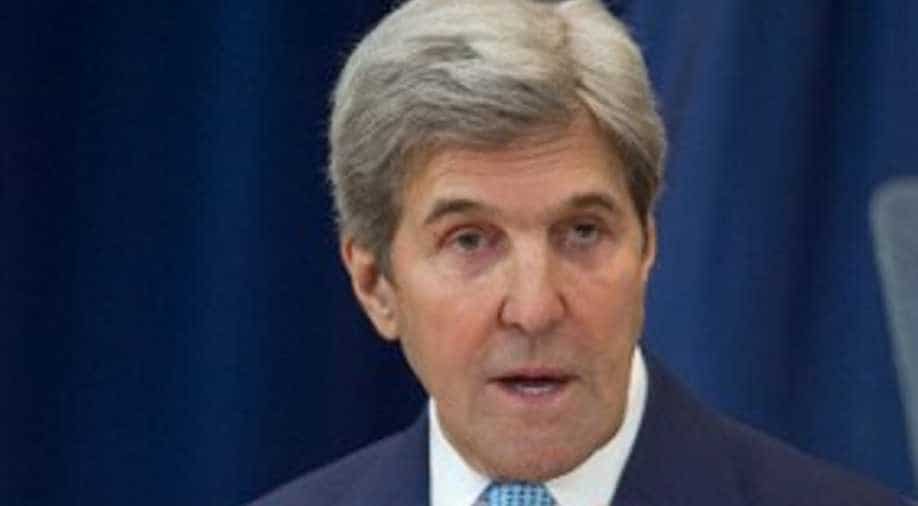 Kerry said a December 30 ceasefire brokered by Russia and Turkey had run into difficulties with numerous violations. Photograph:( AFP )

China said on Friday that the US needed to take more responsibility on climate change. The comments came during former US Secretary of State John Kerry's visit to the country. However, China welcomed greater co-operation on the issue with China.

The former secretary of state turned US climate emissary was the first official from President Joe Biden's administration to visit China, signalling hopes the two sides could work together on the global challenge despite sky-high tensions on multiple other fronts.

"China attaches importance to carrying out dialogue and cooperation on climate change with the US side," said Vice Premier Han Zheng, according to state news agency Xinhua.

"China welcomes the US return to the Paris agreement, and expects the US side to uphold the agreement, shoulder its due responsibilities and make due contributions," Han said after virtual talks with Kerry, who visited Shanghai where he met his Chinese counterpart.

Chinese foreign ministry spokeswoman Hua Chunying was more blunt on Twitter as she highlighted the US withdrawal from the Paris accord under former president Donald Trump.

"Its return is by no means a glorious comeback but rather a truant getting back to class," Hua said of the United States.

Chunying pressed the UN to ""offer how it will make up for the lost four years" including payments to the UN-backed Green Climate Fund, which provides support to developing countries worst hit by climate change

Joe Biden is expected to announce new US targets on reducing carbon emissions.

US schools should continue to use masks: CDC