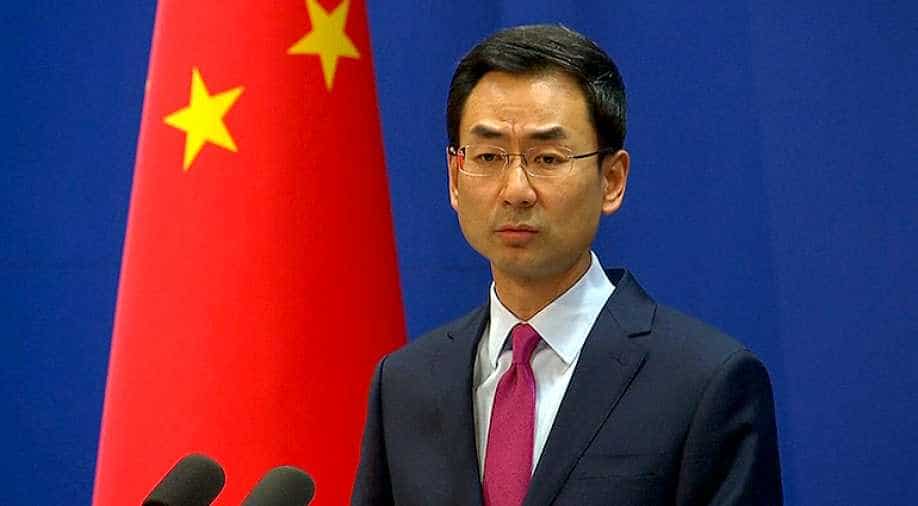 China protests to US over sanctions on firms related to N Korea Photograph:( Reuters )

Beijing said it has consistently enforced all UN resolutions on North Korea after the US Treasury Department added two Chinese firms to a sanctions list on Thursday.

Beijing said it has consistently enforced all UN resolutions on North Korea after the US Treasury Department added two Chinese firms to a sanctions list on Thursday.

The US Treasury sanctioned Dalian Haibo International Freight Co. Ltd. for shipping cargo from the Chinese port of Dalian to North Korea on behalf of the Paeksol Trading Corporation, which in the past has sold metal and coal to earn money for Pyongyang.

It also blacklisted Liaoning Danxing International Forwarding Co., saying it had assisted North Korean officials based in Europe in procuring goods for the regime.

"We firmly oppose any country imposing unilateral sanctions and taking long-arm jurisdiction against any Chinese entity according to their own domestic laws," said foreign ministry spokesman Geng Shuang.

Any Chinese company or individual found to be violating sanctions will be "dealt with according to laws and regulations," Geng said.

"China has already made solemn representations to the US on this matter and urged the US to immediately stop its mistaken actions to prevent affecting bilateral cooperation on related issues," Geng told reporters.

Washington's move comes less than a month after North Korean leader Kim Jong Un met in Hanoi with President Donald Trump for a second summit that broke down in part over Pyongyang's demands for immediate sanctions relief.

Trump, while walking away from the talks, has been eager to reach a potentially landmark agreement on North Korea's nuclear weapons programme.