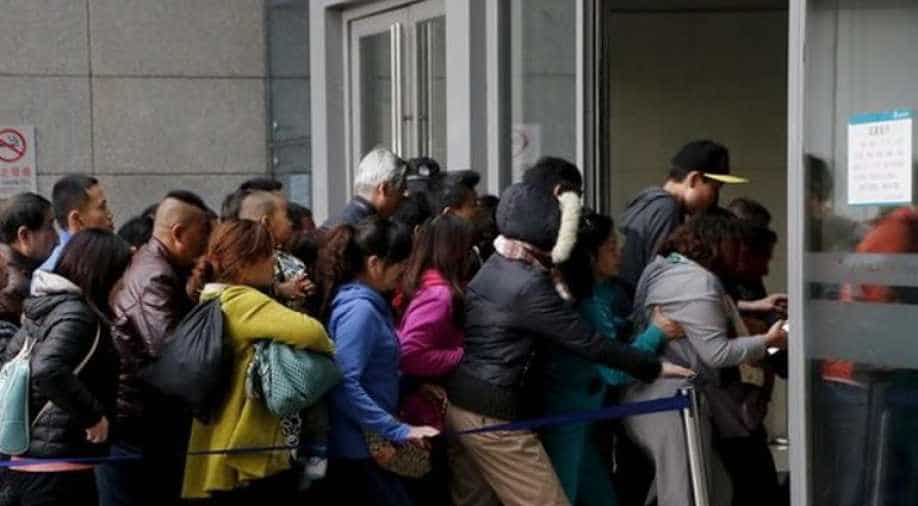 Since 2013, campaigns to discourage abuse of hospital personnel have reined in much of the violence. Photograph:( Reuters )

China is kicking off a year-long campaign this month to stamp out persistent violence in its overcrowded hospitals by angry patients targeting medical staff, state news agency Xinhua said today.

Healthcare is a flashpoint for many people in China, who have long faced issues from ticket touts illegally trading appointment tickets, snarling queues to see top doctors and rampant corruption that can push up the cost of receiving care.

Since 2013, campaigns to discourage abuse of hospital personnel have reined in much of the violence, but as many as 71,000 instances of conflict have still required mediation by authorities, it added.

Xinhua gave no details of what new action is planned.

Even though the government has increased spending on health care, hospitals in China are frequently swamped with patients.

Low salaries for doctors feed corruption and people's suspicions that staff are keener to earn money by prescribing unnecessary drugs and treatment than tending the sick.

In one notable incident in 2015, in the eastern province of Henan, a doctor and an injured patient fell to their deaths in an elevator shaft during a quarrel over treatment for the patient, who was intoxicated at the time.

Nine agencies, from the Ministry of Public Security to the National Health and Family Planning Commission are to participate in the new campaign, Xinhua said.