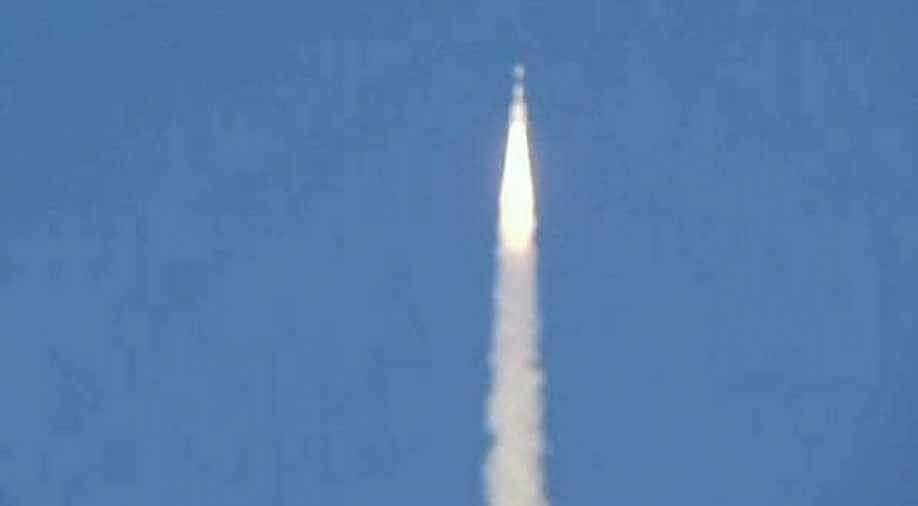 China sent its first-ever satellite built in partnership with another country into space on Monday, a device tasked with helping scientists better predict dangerous cyclones and climate change by monitoring ocean surface winds and waves.

A Long March 2C carrier rocket blasted off from the Jiuquan Satellite Launch Centre in northwest China's Gobi Desert at 0043 GMT, according to China's State Administration of Science, Technology and Industry for National Defence.

The 650-kilogram (1,430 pounds) China-France Oceanography Satellite (CFOSAT) is the first satellite jointly built by China and France and will allow climate scientists to better understand interactions between oceans and the atmosphere.

It's fitted with two radars: the French-made SWIM spectrometer, which will measure the direction and the wavelength of waves, and China's SCAT, a scatterometer that will analyse the force and direction of winds.

The data will be collected and analysed in both countries.

The instruments will allow scientists to collect information about winds and waves of the same location simultaneously for the first time, Wang Lili, chief designer of the satellite with the China Academy of Space Technology, said, according to the official Xinhua news agency.

"It will help increase the observation and prediction of catastrophic sea states, such as huge waves and tropical storms, and provide security support for offshore operations and engineering, ship navigation, fisheries, and coastal management," said Zhao Jian, a senior official at the China National Space Administration.

The rocket successfully put the satellite into orbit 520 kilometres (323 miles) above the Earth.

"It's historic. It's the first satellite China has made through international cooperation," Jean-Yves Le Gall, president of France's National Centre for Space Studies, told AFP.

"This satellite will help make considerable progress in understanding climate change." The project began in 2007.

The two countries are also working together on the Space Variable Objects Monitor (SVOM) mission, which will launch a satellite in 2021 to detect and study gamma-ray bursts.

China and France already cooperate in space, with a French cardiovascular device aboard China's Tiangong-2 space lab to monitor a crew's hearts.

The lab is expected to de-orbit after July 2019. Le Gall said France is also working with China on cooperating in exploration missions to the moon and Mars.

China plans to have a crewed space station by 2022 and send a manned mission to the moon in the future.

"The (CFOSAT) launch shows that the international community is more and more willing to consider China as a full partner," said Jacqueline Myrrhe, a space expert at GoTaikonauts.Com, which specialises in China's space programme.

"It will also allow (France) to have launch opportunities and privileged access to space cooperation with China. And who knows, maybe to put a French astronaut in the future Chinese space station," Myrrhe said.

Some three hours after the joint Chinese French launch, Japan's space agency sent a rocket carrying a satellite that will monitor greenhouse gases.

The satellite is officially named GOSAT-2, short for "greenhouse gases observing satellite-2", and is intended to provide data that will help Japan create and publish "emission inventories" of the CO2 output of various countries, as outlined in the Paris climate accord.