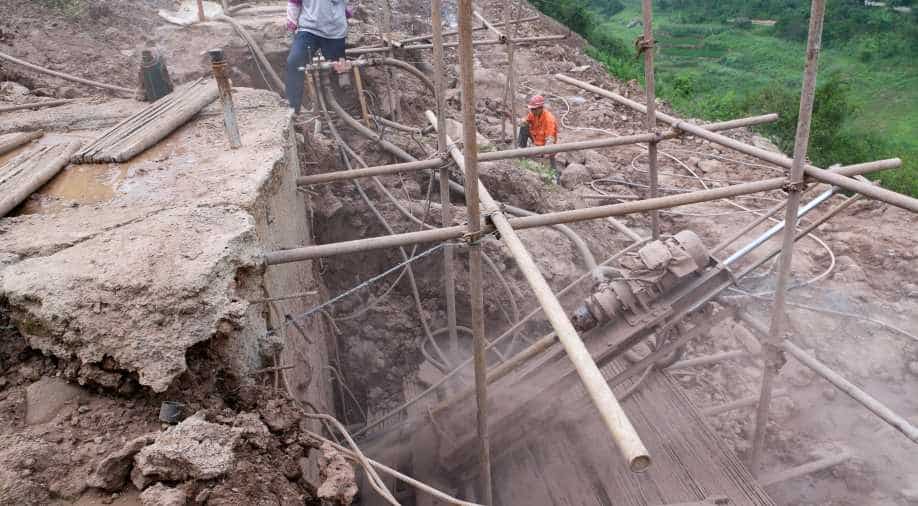 A representational picture of a landslide disaster in China. The landslide in Shenzhen killed more than 70 people. (Image courtesy: Wikimedia Commons) Photograph:( Others )

Chinese courts have sentenced 19 government officials and one business leader to prison for up to 20 years for their roles in a landslide which killed more than 70 people.

The disaster occurred in Shenzhen, a southern boom town bordering Hong Kong, at the end of 2015 when soil illegally piled some 160 metres (500 feet) high at an old quarry site turned to mud during heavy rains.

Three local courts passed sentences at the end of April for 45 people who had been charged in connection with the landslide, China's official news agency Xinhua reported late Friday.

Long Renfu, the boss of Shenzhen Yixianglong, which was responsible for managing the site, was sentenced to 20 years in prison and a fine of 10 million yuan ($1.5 million) for negligence and corruption.

The former head of Shenzhen's city administration bureau was also sentenced to 20 years imprisonment and fined eight million yuan, while an official from Guangming district where the landslide took place was sentenced to 16 years for taking bribes.

Seventeen other government officials were given prison sentences between three and seven years, while five others received other penalties, the news agency reported.

The incident highlighted the poor industrial safety record in China, where regulations are often loosely enforced by inspectors and sometimes corrupt local authorities.