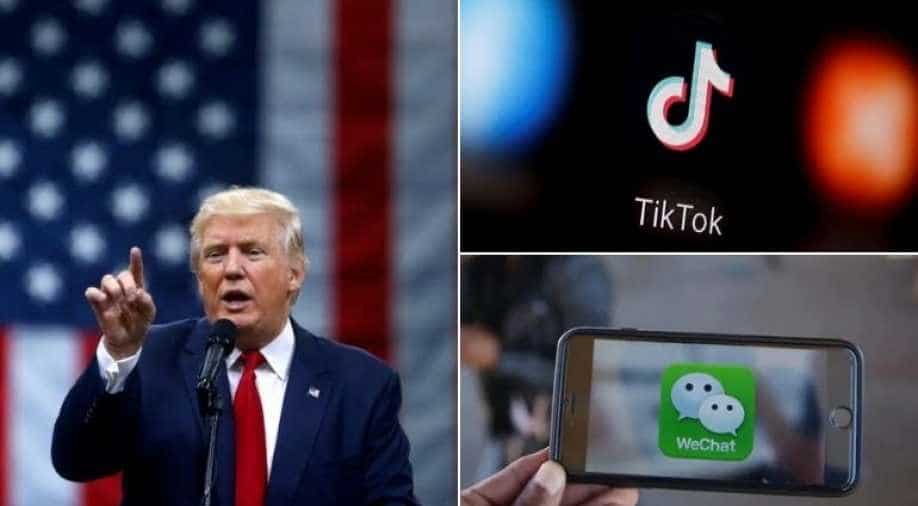 As per the orders, all US locals will be unable to download any updates of TikTok from Sunday and WeChat app would lose functionality in the country

After weeks of planning a way out, TikTok is coming close to a deadline. While TikTok is still trying to work out a deal with American companies that satisfies the US President Donald Trump, he has ordered a ban of the Chinese apps TikTok and WeChat from Sunday citing national security concerns.

However, China accused the Trump administration of "bullying" and has threatened countermeasures against the decisions taken by Trump in the last few weeks against the Chinese companies.

Also read: US to ban TikTok and WeChat downloads from September 20

"China urges the US to abandon bullying, cease (its) wrongful actions and earnestly maintain fair and transparent international rules and order," a statement by the Chinese Ministry of Commerce said.

"If the US insists on going its own way, China will take necessary measures to resolutely safeguard the legitimate rights and interests of Chinese companies," the statement continued.

As per the orders, all US locals will be unable to download any updates of TikTok from Sunday and WeChat app would lose functionality in the country.

Both the apps are facing the harsh treatment from Trump due to the worsening diplomatic ties between the US and China.

TikTok is owned by Chinese company ByteDance and WeChat belongs to Tencent — another Chinese companies. The Trump administration has accused the two companies of sharing their data with the Chinese government, and has decided to ban the apps citing national security concerns.

ByteDance, meanwhile, is trying to make a deal with Oracle for the US operations of TikTok, according to which the Chinese company would retaining majority shares.