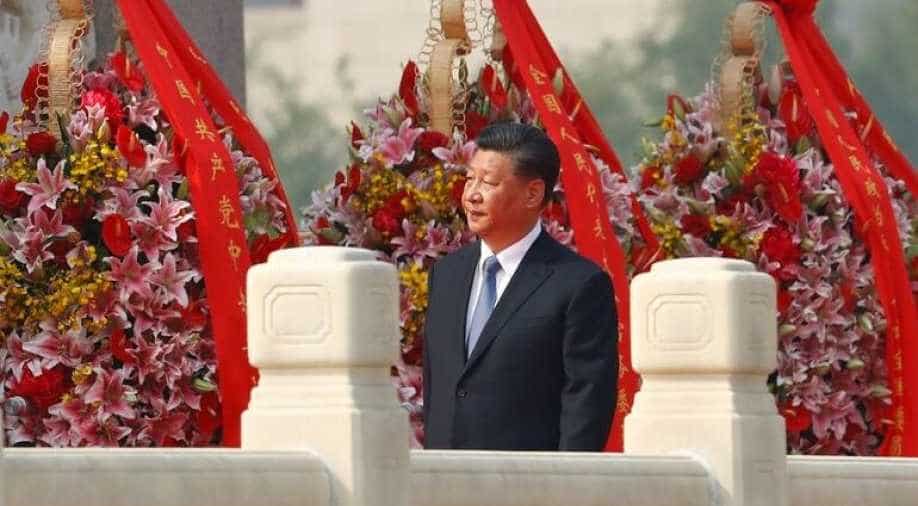 China is hosting lavish events to mark 70 years since the founding of the People's Republic of China (PRC).

President Xi Jinping declared Tuesday that "no force" can shake the Chinese nation as he oversaw a massive military celebration of 70 years of Communist Party rule, shadowed by a day of protest in seething Hong Kong that threatened to steal the spotlight.

Standing on the Tiananmen Rostrum where Chairman Mao Zedong proclaimed the People's Republic of China on October 1, 1949, Xi extolled the "Chinese dream" of national rejuvenation -- his grand vision of restoring the country to perceived past glory.

"There is no force that can shake the foundation of this great nation," Xi said, wearing a "Mao suit" as he stood alongside party leaders in Tiananmen Square.

"No force that can stop the Chinese people and the Chinese nation forging ahead," the country's most powerful leader since Mao said before riding in an open-roof car to review troops. 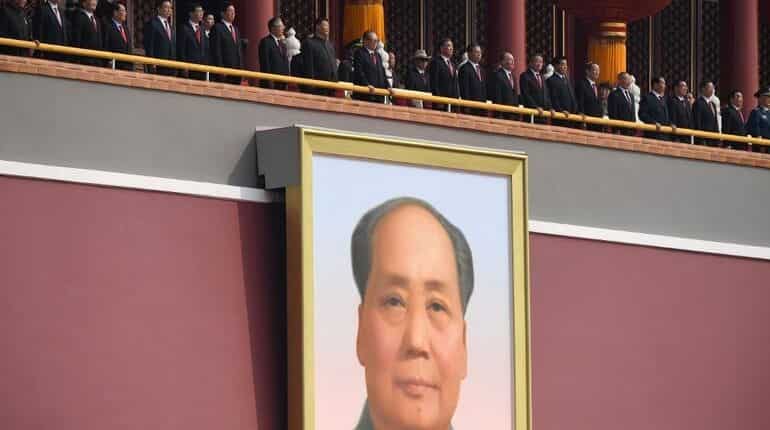 China's President Xi Jinping (centre L) watches a military parade in Tiananmen Square in Beijing on October 1, 2019, during celebrations to mark the 70th anniversary of the founding of the People’s Republic of China. (AFP Photo)

Around 15,000 soldiers, tanks and high-tech weapons were ready to file past Tiananmen Square for an event celebrating China's journey from a country broken by war and poverty to being the world's second-largest economy. 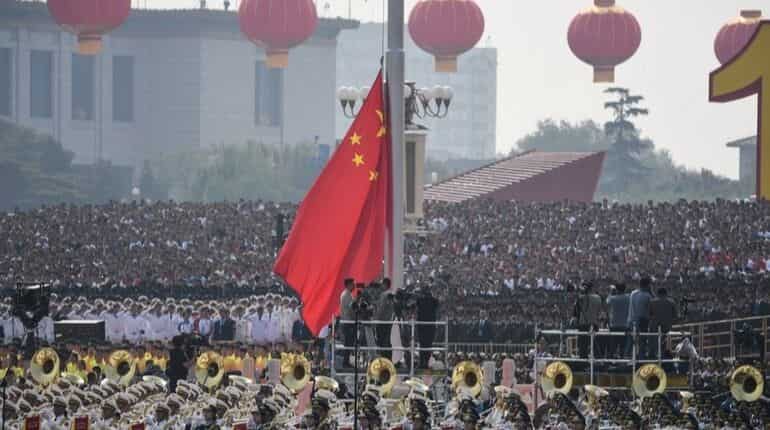 A Chinese national flag is raised during a military parade at Tiananmen Square in Beijing on October 1, 2019, to mark the 70th anniversary of the founding of the People’s Republic of China. (AFP Photo)

A symbolic 70-gun salute was fired at the square and the red national flag was raised to begin festivities held under tight security, with road closures and even a ban on flying kites.

New weapons -- including a hypersonic drone and an intercontinental ballistic missile whose range encompasses the United States -- are expected to make their public debut among hundreds of pieces of military equipment and aircraft, according to Paris-based analysts.

But behind the festivities, a clutch of challenges tests Xi's ability to maintain economic and political stability.

"The party hopes that this occasion will add to its legitimacy and rally support at a time of internal and external challenges," Adam Ni, China researcher at Macquarie University in Sydney, said.

US trade war negotiations have dragged on, and African swine fever has raced through the country's pig supply, sending pork prices soaring.

But the major headache is Hong Kong, where pro-democracy protesters hit the streets early in a bid to grab the spotlight from Beijing, with a series of rallies against what they see as the erosion of their special freedoms.

Hong Kong police said they were expecting violence across the city, warning it could be "very, very dangerous", while masked protesters said that "in the face of tyranny, we can only fight as if our last battle".

Officers fanned out across the territory and small pockets of demonstrators marched through the streets for what they dubbed a "Day of Grief", while local officials watched a flag-raising ceremony behind closed doors.

The semi-autonomous city has been embroiled for months in the worst unrest since Britain returned it to China in 1997, with police and hardcore protesters trading tear gas and petrol bombs.

Xi vowed Monday to continue to "fully and faithfully implement" the one country, two systems policy under which Hong Kongers enjoy freedoms unseen on the mainland.

Access to the Beijing parade was restricted with police turning away crowds lining up with flags in the hope of seeing a glimpse of the military procession.

The military show of force will be followed by a pageant involving 100,000 civilians and 70 floats depicting China's greatest achievements. Organisers will release 70,000 doves and 70,000 balloons before an evening performance and fireworks in Tiananmen.

The Communist Party has repeatedly defied the odds to remain in power for seven decades.

Under Mao, tens of millions of people died during the disastrous Great Leap Forward, and the country was plunged into violent chaos during the decade-long Cultural Revolution.

After Mao's death in 1976, the party launched the reform and opening-up policy under paramount leader Deng Xiaoping, starting decades of breakneck growth and development.

But the party retained a stranglehold on power, sending troops to end the biggest challenge to its rule in 1989 when pro-democracy protesters occupied Tiananmen Square.

Xi has made clear that he believes only the Communist Party can make the country realise its dream -- with him at the helm.

"It will continue to adapt to do that and it will continue to seek to provide social goods and economic goods for its people, and as long as it continues to deliver those public goods, then it will likely stay in power, but the manner by which it does I think will change over time."