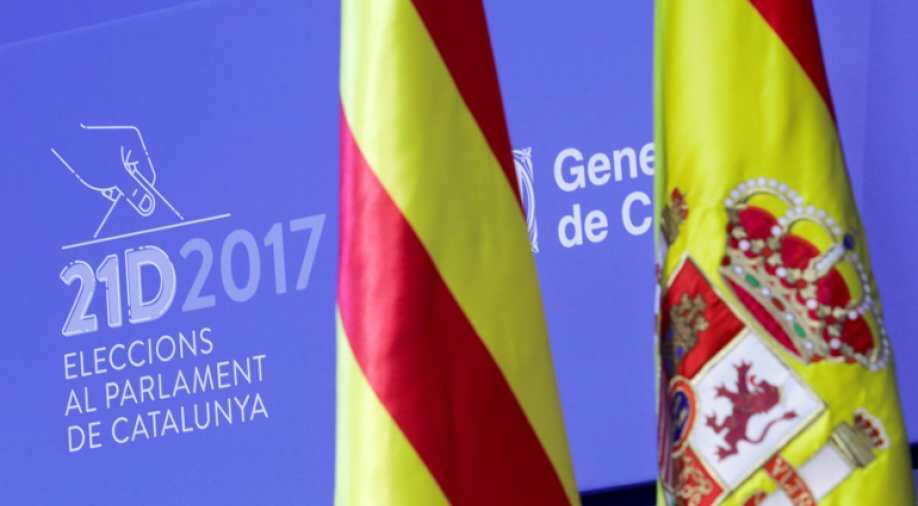 Increasingly hardline Catalan separatists are taking advantage of the void left by the decapitation of the region's independence movement to step up their protests by blocking roads and clashing with police, raising fears of radicalisation, analysts say.

Spanish authorities have jailed nine Catalan separatist leaders and called for the extradition of six others who have fled abroad, including Catalonia's former president Carles Puigdemont who was arrested Sunday in Germany.

This crackdown on the independence movement's established leaders "generates incentives for the adoption of a hardline" by radical separatists, said Berta Barbet, politics professor at the Autonomous University of Barcelona.

"Since the conflict is increasingly more raw and social divisions are greater, the risk of radicalisation is ever more real," she added.

But Barbet said she did not believe Spain will see a return to the armed violence that plagued the country when Basque separatist group ETA and Catalan nationalist group Terra Lliure were active.

ETA, accused of killing more than 800 people in a decades-long campaign of bombings and shootings to establish an independent Basque state, announced it was disarming in April 2017.

Terra Lliure, which disbanded in 1995, committed its only killing with a bomb attack in 1987. After years of peaceful protests in Catalonia in favour of independence, demonstrations on Sunday against Puigdemont's arrest led to clashes with police that left nearly 100 people injured.

Catalan police decked out in riot gear shoved and hit demonstrators with batons to keep the crowd from advancing on the office of the Madrid government's representative in Barcelona.

Despite appeals for calm from some separatist leaders, the protests called by the radical Committees for the Defence of the Republic (CDR) continued Tuesday with protesters blocking major motorways in the wealthy northeastern region of Spain.

"The Catalan spring has erupted," the group said in a statement on Sunday, in a reference to a series of protests which began in Arab nations in 2011.

"We have crossed the point of no return... we will reappropriate the streets and stop the country," the statement added in a call for a general strike in Catalonia like the ones held late last year when the region's separatist crisis heated up.

During those strikes, demonstrators blocked dozens of roads across Catalonia and forced the closure of key tourist spots such as Barcelona's iconic Sagrada Familia church.The legal action against Catalan separatists "is activating the social movement in the streets again, reinforcing it and making it more tense," said Jordi Amat, the author of several essays on the independence movement.

The failure of Catalonia's unilateral declaration of independence, which led Spain's central government to take direct control of the region in October and launch the crackdown on separatist leaders, has caused the pro-independence movement to change strategy, he added.

Whereas before the goal was to "gain legitimacy internationally", now "the only strategy they can use is destabilisation" of the Spanish state, Amat said.

This explains why Catalan separatist lawmakers, who regained their absolute majority in the Catalan parliament at snap polls in December, keep proposing candidates for regional president who are disqualified by their legal problems such as Puigdemont, he added.

"For many separatists, this destabilisation also should be taken to the streets... there is a will to paralyse the mechanics of the state," Amat said.Catalonia's two main separatist parties, the conservative PDeCAT and the leftist ERC, tried timidly to lower tensions at the end of last year while the smallest separatist party, the far-left CUP, has called for greater disobedience.

The conservative party is under pressure from its leader, Puigdemont, to take a tougher line against Spain while the ERC has been severely shaken up by the jailing of its leader, Oriol Junqueras, and the flight abroad of its number two, Marta Rovira.

"The leaders who could channel the movement have found themselves offside and this is a scenario that allows the CUP to promote its strategy," said Amat.

The CRD organisers of demonstrations are aligned with the CUP party.

Barbet, however, believes that the threat posed by the courts may divert the separatists from a more radical path.

"Virtually everyone in power can end up with serious legal problems and many think twice before making a decision," she said.

That`s why no separatist leader "clearly defends the option of a hard break (with Spain) and in this way, it is very difficult for radicalisation to go very far," she added.