Captive-bred gorillas give birth in the wild, in a world first 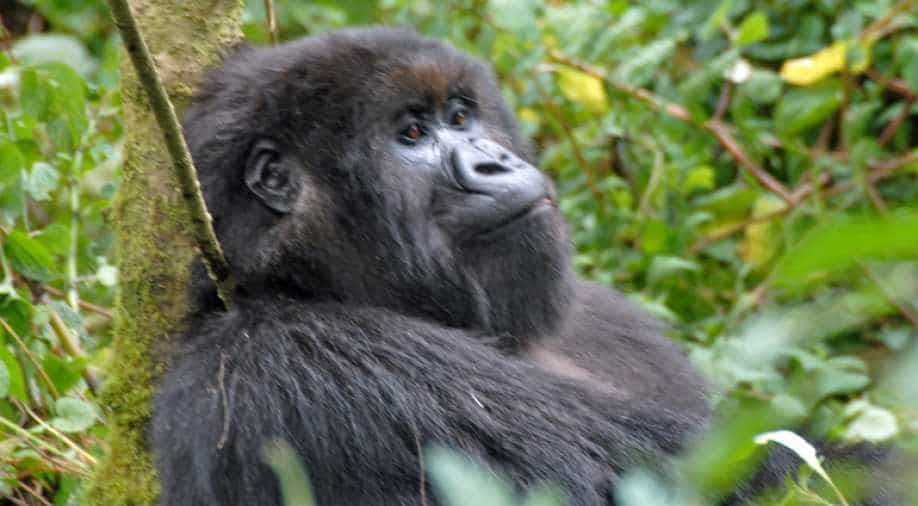 The baby gorilla is thought to have been delivered on the night of June 13 in the Bateke Plateau National Park in the southeast of Gabon in central Africa.

A baby gorilla has been born in the wild in Gabon from two parents who grew up in captivity in Europe, in a world-first that was hailed by conservationists of the endangered species on Tuesday.

The baby gorilla is thought to have been delivered on the night of June 13 in the Bateke Plateau National Park in the southeast of Gabon in central Africa.

Its 13-year-old mother Mayombe was born in the ZooParc de Beauval in France, while its 15-year-old father Djongo was raised in the Port Lympne Safari Park in southeast England.

The pair of western lowland gorillas were introduced to the Gabon park in 2019 and 2013 respectively and their mating represents a breakthrough in the complicated process of re-wilding.

"It's extraordinary news, a very significant world-first for the conservation of this species which is in serious danger of becoming extinct," Delphine Delord, assistant director of Beauval zoo, told AFP.

The Aspinall Foundation, which runs the Port Lympne Safari Park, reported the infant gorilla to be in good health.

It released photos and a video of Mayombe cradling her newborn, adding that it was "delighted to announce the first-ever birth to re-wilded, captive-born gorillas."

"This is a pivotal moment for wildlife conservation and a hugely emotional day for our entire team," chairman Damian Aspinall said in a statement sent to AFP.

Almost 80 per cent of Gabon is covered by forests, and primate habitation and protection programmes have been set up in its parks in recent years to boost tourism.

The number of western lowland gorillas has declined by 60 per cent in the past 20-25 years, according to the Aspinall Foundation, with poaching and habitat loss chiefly to blame.

Delord from Beauval zoo warned that the weeks and months ahead would be critical for the baby.

"Nature is cruel, anything can happen," she said. "The baby is fragile but for the moment Mayombe is holding her newborn in the perfect position and is feeding well.

"Djongo is approaching them very gently. We even saw him touch the baby on the camera traps that turn on when an animal passes.

"Male gorillas have a role to play in the development of their offspring. We're looking at the creation of a new troop here which will be boosted by the reintroduction of another female who was born in England," she added.

The Aspinall Foundation says it has released eight black rhino, 135 primates, 11 European bison, and over 70 western lowland gorillas back to the wild.

Djongo was introduced to the Bateke Plateau National Park in 2013 along with his father, Djala, a wild-born orphan who was brought to Britain in 1986 after he was found tied to a post by a uranium prospector.

Gabon, which borders the Republic of Congo and Cameroon, stopped allowing tourists to see its great apes last year fearing that humans could give the novel coronavirus to the animals.