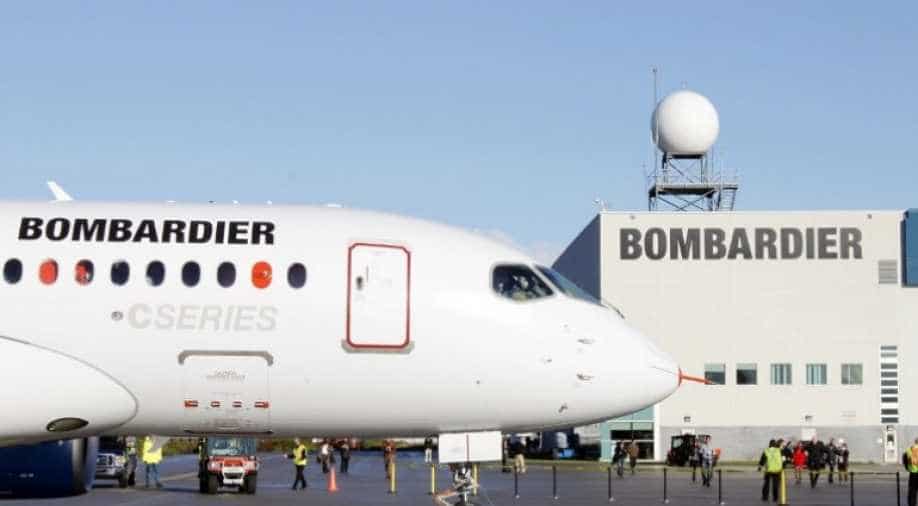 The Montreal-based group also announced the sale of 'non-core assets' totalling around $900 million, including the Q Series aircraft program and the de Havilland trademark, which was sold for some $300 million to a Canadian investment fund.

Canadian aerospace and transportation manufacturer Bombardier on Thursday announced 5,000 global job cuts over the next year to 18 months in a bid to "streamline" the struggling firm.

The Montreal-based group also announced the sale of "non-core assets" totalling around $900 million, including the Q Series aircraft program and the de Havilland trademark, which was sold for some $300 million to a Canadian investment fund.

The restructuring announcement came as the company reported net income of $167 million in the third quarter, compared with a loss of $11 million a year earlier.

Bombardier Alain Bellemare President and CEO said of the restructuring, "we continue to make solid progress executing our turnaround plan."

"With today's announcements we have set in motion the next round of actions necessary to unleash the full potential of the Bombardier portfolio," he said in a statement, adding that the firm "will continue to be proactive in focusing and streamlining the organization."

Excluding one-off and one-time items, Bombardier posted quarterly adjusted earnings of 4 cents a share, above the consensus of analysts who expected a gain of 2 cents.

The strong profit came despite a five per cent drop in quarterly sales from the same period a year ago to $3.6 billion.

For the full year, Bombardier expects revenues of approximately $16.5 billion, at the low end of its guidance range.

Unable to recover the balance, the Canadian aircraft manufacturer decided to give up control (50.01 per cent) of its subsidiary dedicated to the CSeries aircraft, now known as the A220, to the European giant Airbus. The transaction was completed in July.

Bellemare was brought on board in 2015 to shore up the company that was in serious financial trouble with the CSeries program. The Quebec government had to come to its rescue in 2015 with a $1 billion bailout.