Calm returns after most severe Israel-Gaza flare-up in years 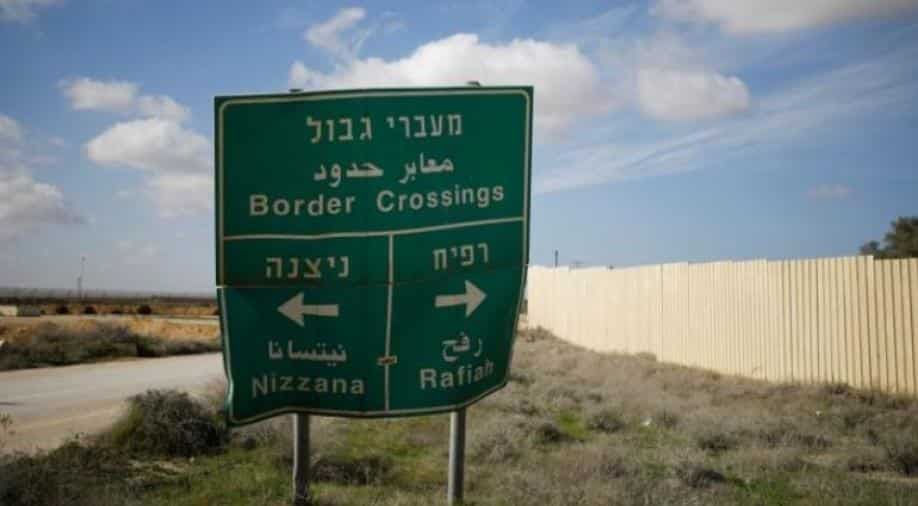 On Tuesday night, a rocket hit an Israeli home near the Gaza border, but no one was hurt, the military said

Calm returned to the Gaza Strip and nearby Israeli communities on Wednesday after the worst military flare-up since a 2014 war raised fears of yet another full-blown conflict in the beleaguered Palestinian enclave.

The exchange of fire on Tuesday and into the early hours of Wednesday began with a barrage of rocket and mortars into Israel from Gaza.

Israel said it targeted some 65 militant sites in the Gaza Strip. It also said around 100 rockets and mortars fired from Gaza either exploded in Israel or were intercepted by air defences.

Three Israeli soldiers were wounded, one moderately and two lightly, the military said. There were no reports of casualties in Gaza.

Late Tuesday, an Islamic Jihad spokesman said a ceasefire had been reached, and on Wednesday senior Hamas official Khalil al-Hayya also spoke of an accord.

Though Israeli officials denied being part of a ceasefire, calm was maintained on Wednesday.

"Since yesterday, the army has responded forcefully to fire from the Gaza Strip with attacks against dozens of targets of terrorist organisations in the harshest blow that we have dealt them in years," Netanyahu said, according to his office.

Tuesday's violence followed weeks of deadly unrest along the border between Israel and the blockaded Palestinian enclave.

In a rare joint statement, Hamas and Islamic Jihad declared shared responsibility for the rocket and mortar fire, saying it was in retaliation for Israeli attacks targeting their positions.

Three Islamic Jihad members were killed in an Israeli strike Sunday, and the group vowed revenge. Islamic Jihad is the second-largest armed group in Gaza after Hamas.

The United Nations Security Council convened on Wednesday to discuss the violence, following a US request for an urgent meeting.

But Kuwait, a non-permanent council member, blocked a US-drafted statement that would have strongly condemned Palestinian rocket fire from Gaza.

The Gulf nation said it was blocking the statement to allow for consideration of a draft resolution it has put forward on the protection of Palestinian civilians.

Early Tuesday, some 28 mortar shells were fired toward Israel from the Gaza Strip.

Israel said most were intercepted by its air defence systems but put residents in the area on high alert, ordering them to stay within 15 seconds of shelters.

One mortar shell exploded near a kindergarten building, a military spokesman said, damaging the structure. No children were present at the time.

Later in the day, further rockets and mortar rounds from Gaza were intercepted or exploded in Israel, the army said.

It said some of the mortars fired were supplied by Iran.

On Tuesday night, a rocket hit an Israeli home near the Gaza border, but no one was hurt, the military said.

Israel's military said it hit "military targets" including a tunnel stretching into its territory, weapons stores and militant bases.

Hamas said in a statement Tuesday that "what the resistance carried out this morning comes within the framework of the natural right to defend our people".

The military flare-up followed weeks of deadly demonstrations and clashes along the Gaza-Israel border, beginning on March 30.

The protests demanded that Palestinians who fled or were expelled in the 1948 war surrounding Israel's creation be allowed to return to their former homes, now inside Israel.

They peaked on May 14, when at least 61 Palestinians were killed in clashes as tens of thousands of Gazans protested the US transfer of its embassy in Israel to the disputed city of Jerusalem the same day.

Low-level demonstrations and clashes have continued since.

Israel says its actions are necessary to defend its borders, accusing Hamas of encouraging thousands of Palestinians to break through the border and attack Israelis.

But Israel has faced international criticism and calls for an independent investigation over its use of live fire during the protests and border clashes.