'Calm before the storm,' warns Trump on Iran, North Korea 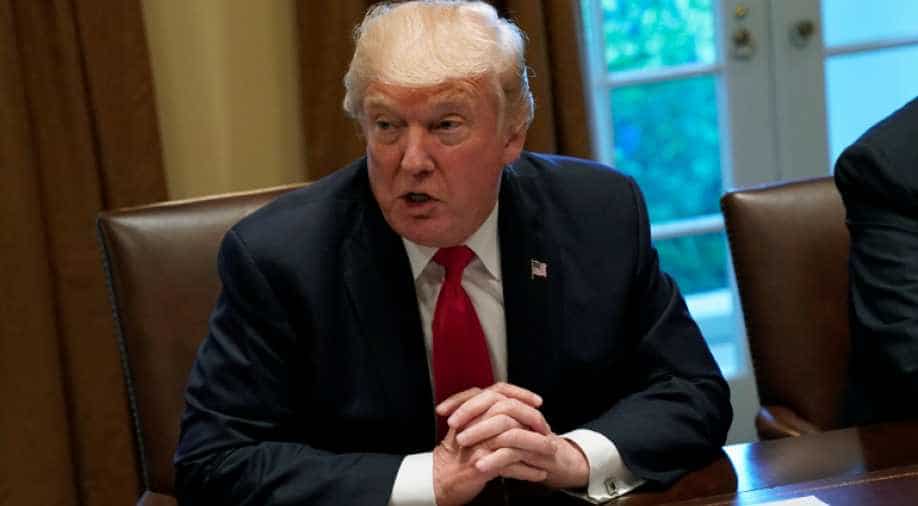 Talking about Iran and North Korea with reporters at the White House after meeting with military leaders, Trump said?its?"calm before the storm". Photograph:( AFP )

Just days ahead of the Iran nuclear pact, US President Donald Trump warned today that President Rouhani's country hadn't "lived up to the spirit of the agreement".

Talking about Iran and North Korea with reporters at the White House after meeting with military leaders, Trump said its "calm before the storm".

"You guys know what this represents?" Trump said after journalists gathered in the White House state dining room to photograph him and first lady Melania Trump with the uniformed military leaders and their spouses, Reuters reported.

"Maybe it's the calm before the storm," he said.

What storm?," the reporters asked.

"The Iranian regime supports terrorism and exports violence and chaos across the Middle East," Trump later said in the Cabinet Room, AFP reported.

"That is why we must put an end to Iran's continued aggression and nuclear ambitions," he said.

"You will be hearing about Iran very shortly," the president warned.

Last month, President Trump at the UN General Assembly had said,"The Iran Deal was one of the worst and most one-sided transactions the United States has ever entered into."

"Frankly, that deal is an embarrassment to the United States, and I don’t think you’ve heard the last of it -- believe me," he said during his speech.

Iranian President Hassan Rouhani had hit back at President Trump during his speech at the UN General Assembly later saying the multinational accord on Tehran's nuclear program could not be decided by "one or two countries."

The Iran nuclear accord was hammered out between six nuclear powers - Britain, China, France, Germany, Russia and the United States during President Obama's tenure in office.

Trees have been socially distancing to avoid deadly diseases for ages