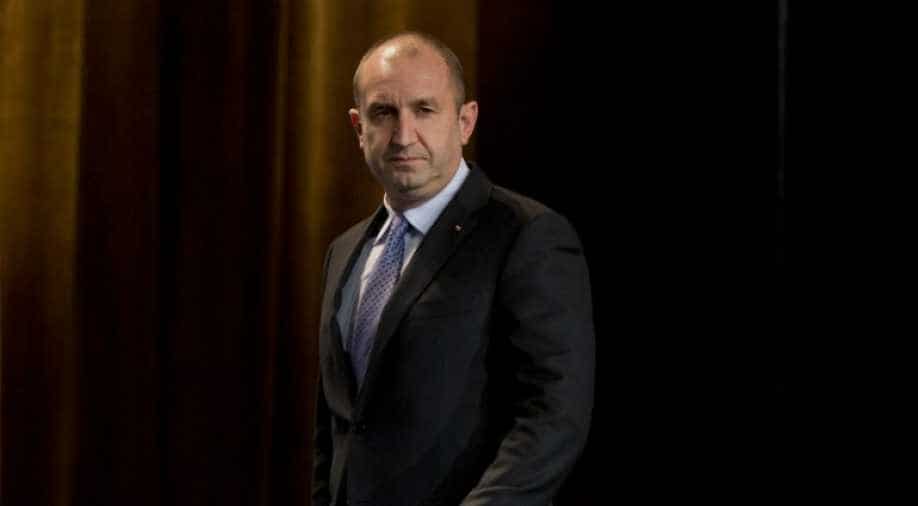 Rumen Radev is expected to call early elections as Borisov refused to form interim government. He will take office on January 22 for a five-year term. Photograph:( AFP )

"I will hand in my resignation tomorrow or the day after," the center-right leader told reporters.

"The results clearly show that the ruling coalition no longer holds the majority."

Rumen Radev won 60 percent of ballots in the presidential election, while Tsetska Tsacheva, former Parliment speaker and Borisov's nominee got over 35 per cent.

"It's a victory for all Bulgarian people. Democracy has beaten apathy and fear today," Radev told Bulgarian National Television.

"I will closely work with the government and EU colleagues to achieve the lifting of the sanctions," he said.

Radev also congratulated US President-elect Donald Trump over his win and for "seeking dialogue with Russia."

"This gives a lot of hope for reducing (the risk) of confrontation, particularly in Syria," he told reporters at a news conference.

The President's role is ceremonial but is the commander-in-chief of the NATO member's armed forces.

Radev will take office on January 22 and is expected to call early elections since Borisov said he will not form an interim government.

Voters angry with Borisov's government for failing to curb corruption or improve poverty voted for Radev.

Zora Kardachka (52) a dry cleaner said "I voted against Borisov because I don't think that he's honest and he hasn't really done anything to improve our lives."

Assen Dragov (39) told AFP "Bulgaria needs a new face, someone who defends national interests instead of always saying 'Yes' to the European Union and the United States."