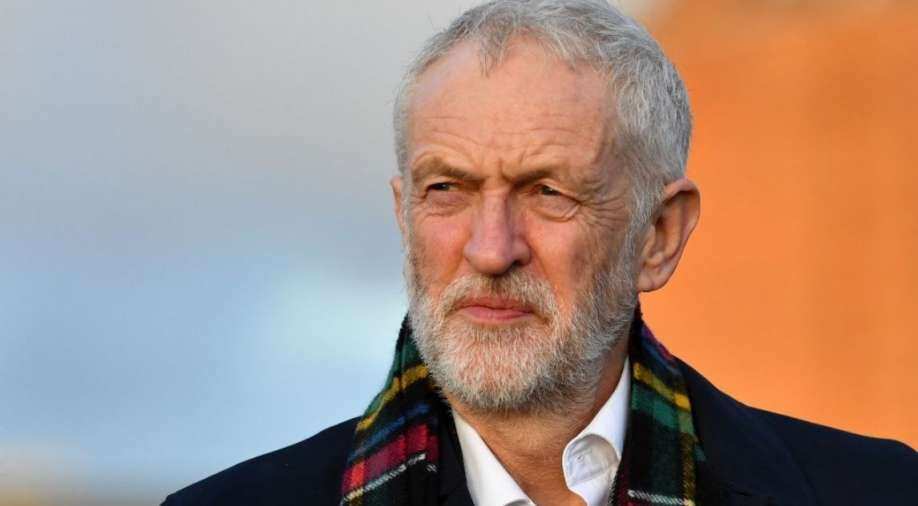 Corbyn was exiled after he downplayed a report that detailed serious failings in the party's handling of persistent anti-Semitism complaints during his 2015-2019 leadership.

The Equality and Human Rights Commission (EHRC) said it had found evidence of failure to adequately train people investigating alleged anti-Semitism, political interference in the processing of complaints, and harassment of individuals.

New leader Keir Starmer, calling the report a "day of shame" for Labour, said he was "deeply disappointed" in Corbyn for blaming party critics as well as the media for exaggerating the scale of anti-Semitism.

Starmer has won strong backing from Jewish groups which, in evidence to the EHRC, detailed a deluge of anti-Semitic abuse online and in party meetings during Corbyn's leadership, including death threats at the hands of left-wingers.

Jewish Labour Movement chair Mike Katz said the decision to suspend Corbyn was "brave and correct", vowing to work with Starmer "and put this shameful period behind us".

But Starmer acknowledged that the suspension had overwhelmed his efforts to "recognise the hurt, draw a line and move on", even as he wages increasingly effective attacks on the Conservative government's handling of the coronavirus pandemic.

Prime Minister Boris Johnson's Conservatives are trying to exploit Labour's divisions, noting Starmer had continued to serve in Corbyn's shadow cabinet when anti-Semitic incidents were on the rise.

Veteran socialist Corbyn vowed to fight the suspension and his supporters are mobilising, with the radical group Momentum planning an online rally later Friday against Starmer's "naked attack on the left".

I will strongly contest the political intervention to suspend me.

I’ve made absolutely clear those who deny there has been an antisemitism problem in the Labour Party are wrong.

I will continue to support a zero tolerance policy towards all forms of racism.

Corbyn ally Len McCluskey, the head of the Unite union, one of Labour's biggest financial backers, said the suspension would "create chaos within the party and in doing so compromise Labour's chances of a general election victory".

However, voters turned against Corbyn in droves at the last election in December, with Johnson profiting from Labour infighting over Brexit.

Snap polls meanwhile suggested strong public backing for the moderate Starmer's confrontation with his more radical predecessor and attempts to bury the recent past.

"Both of those can be done. There's no reason for a civil war in our party."

Corbyn was propelled from the backbenches to become Labour leader in 2015 after decades of socialist activism, including for Palestinian causes.

Among his supporters, criticism of Israel veered often into anti-Jewish tropes and conspiracies.

The charge of political interference means Starmer must tread a fine line between condemning his predecessor's actions and allowing internal party procedures to play out, now that Corbyn is under investigation.

"The leader of the Labour party should now not comment any further, let the process take its course," Starmer said while stressing he opposed "purging" anyone.

Some are showing no such reticence in calling for Corbyn's outright expulsion from Labour.

"A political party founded on the principles of equality and justice, with a proud record of fighting racism, has now been found guilty of breaking the law in its treatment of Jewish people," former Labour MP Ian Austin wrote in the Daily Telegraph.

"What a complete and utter disgrace," said Austin, whose father's family was wiped out in the Holocaust and who urged his constituents to vote for the Conservatives last December.