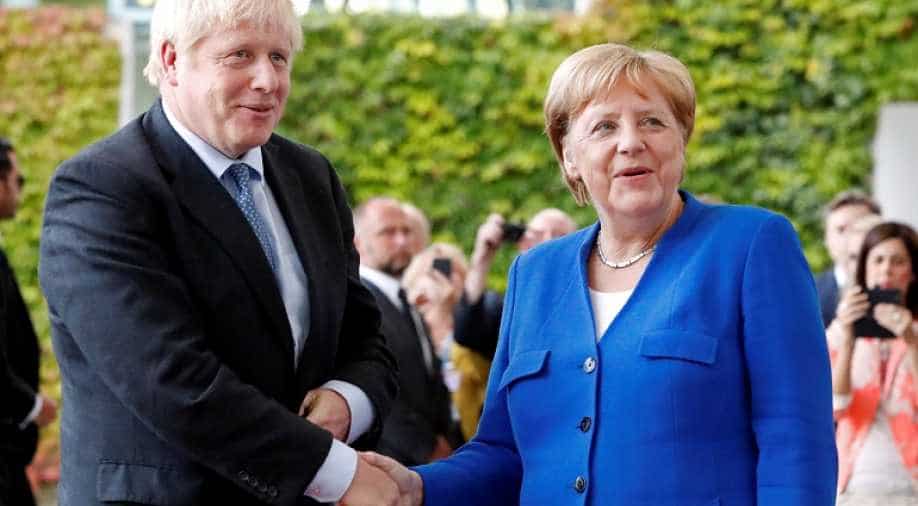 Merkel said these statements while talking about the future relations between Brussels and London after Britain leaves the union.

German Chancellor Angela Merkel has said that UK will have to accept the consequences of having weaker economic links with the European Union (EU) post Brexit.

Merkel said these statements while talking about the future relations between Brussels and London after Britain leaves the union.

In an interview with Europa newspaper alliance, Merkel said that the British PM Boris Johnson "will of course have to accept the consequences -- that is, an economy less tightly linked" with the EU.

Britain left the EU in January and will no longer be required to follow the bloc's financial rules after December, when a transition period ends, whereas, Germany is set  to take over the EU's rotating presidency for six months from July 1.

"We must get away from the idea that it is we who define what the United Kingdom may wish," indicated Merkel, who has consistently sought to help bring about an outcome which avoids a hard Brexit.

"The United Kingdom defines and we, as the EU27, make an appropriate response," said Merkel.

"If the United Kingdom does not want regulations comparable to that of Europe in terms of the environment, the labour market or social norms, our relations will lose intensity," she observed.

The European Union has to find a way  through tough negotiations on a 750 billion ($800 billion) post-coronavirus euro recovery fund for countries worst hit by the pandemic.

For Merkel, the fund "cannot resolve all of Europe's problems" but the bloc must "act quickly in the face of the pandemic given the huge hit the virus has dealt jobs and the economy."

Merkel feared that the results could have an "explosive political impact" that could threaten democracy.

"For Europe to survive, its economy must also survive," she concluded.