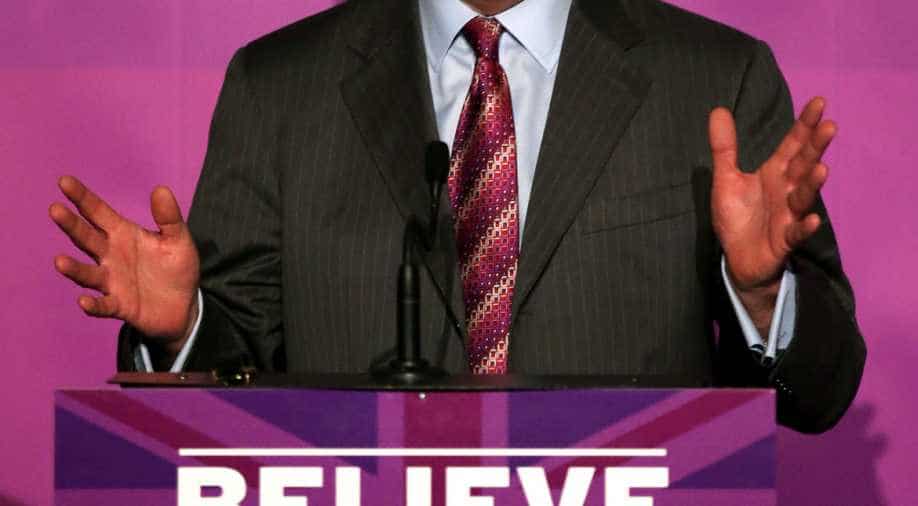 Despite his comments, Farage repeated his forecast that Remain would narrowly win even after official results which showed a better-than-expected performance for Leave in two northern cities, Sunderland and Newcastle. Photograph:( Getty )

Follow Us
The UK referendum results and possibility of Brexit has caught the world attention and back at home, head of the anti-European Union (EU) UK Independence Party (UKIP) is probably not too pleased with the early results hinting that country may remain with 28-member bloc.

It may be recalled that the voter registration period for June 23 referendum was extended by 48 hours earlier this month, after a late surge in applications crashed a key website shortly before an original deadline.

"The eurosceptic genie is out of the bottle, and it will now not be put back," he told supporters, in comments carried on local television.

"If we do stay part of this union it is doomed, it is finished anyway. If we fail tonight it will not be us that knocks out the first brick from the wall, it will be someone else."

"I hope and pray that my sense of this tonight is wrong," Farage said.

He repeated his forecast that Remain would narrowly win even after official results which showed a better-than-expected performance for Leave in two northern cities, Sunderland and Newcastle, that nudged his camp just ahead of the Remain camp with five out of 382 areas declared.

"My sense of this is that the government's registration scheme, getting 2 million voters, the 48-hour extension, may be what tips the balance," he commented.