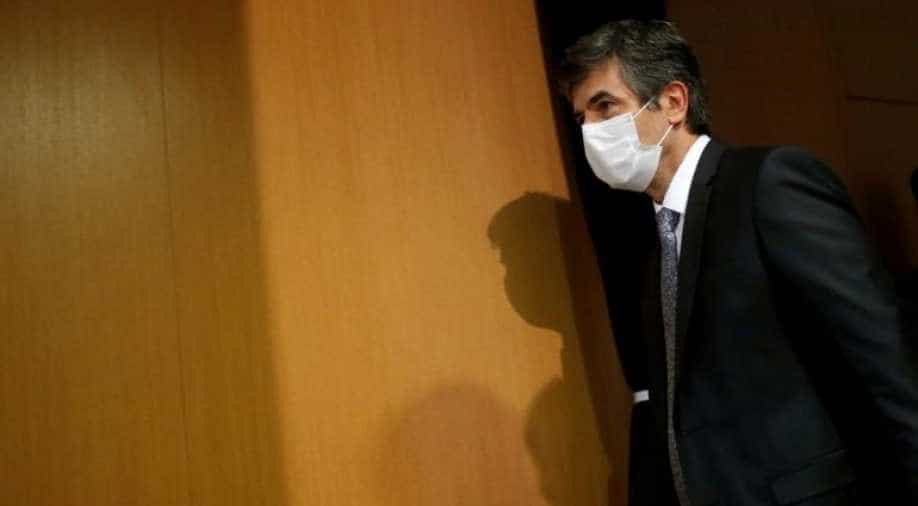 Brazil has reported 13,000 deaths as of now. However, officials and experts feel that the number of cases and death toll might be higher, as the country has not been actively testing for coronavirus patients.

Brazil’s health minister, Nelson Teich, resigned on Friday after less than a month on the job. This resignation points towards the Brazilian President's pressure for the nation to prioritize economy over public's health.

Nelson Teich took the office on April April 17. He took over at a time when the country is under severe pressure to balance the public health with the President's view of saving the economy.

The resignation, which was confirmed by the Health Ministry, points towards the upheaval that the country is facing right now. Brazil's approach towards the coronavirus pandemic has been criticized in the past few weeks.

This sudden resignation has left the nation in surprise, more so because the man replacing Teich is someone who has no experience of the health industry. General Eduardo Pazuello, Mr. Teich’s number two, had no health experience until he joined the ministry last month. He will now be replacing Teich temporarily.

Also read: Brazil struggling to cope up with surge in dead bodies due to COVID-19

The resignation comes a day after Bolsonaro held a video conference to inform the leaders that he will be easing out rules for the use of antimalaria drug to treat COVID-19 patients; a move that has been opposed by Teich publically. He has gone to the limit to warning the experts and public about its side effects.

He was praised by many leaders in the government for his active and right decision making power. However, after his predecessor was fired, and the President gave a green signal for usage of antimalaria drug, Teich submitted his resignation.

Brazil has reported 13,000 deaths as of now. However, officials and experts feel that the number of cases and death toll might be higher, as the country has not been actively testing for coronavirus patients.