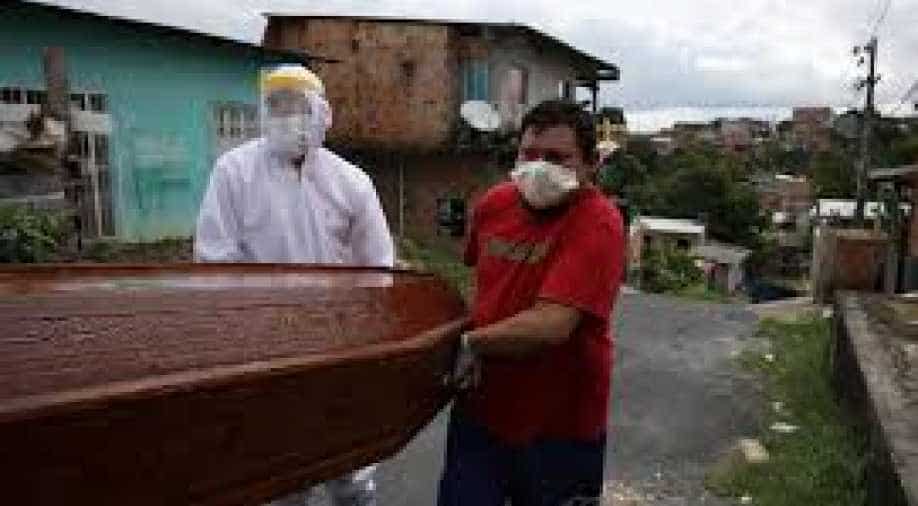 Brazil’s failure to provide enough hospital beds for the surging number of critical coronavirus patients is yielding increasingly grim results across the country.

Brazil is struggling to handle the rising number of dead bodies due to the coronavirus pandemic.

The country which is the hardest-hit country in Latin America, registered a daily record of 13,944 new cases on Thursday, bringing its total to 202,918 confirmed cases of the virus and 13,933 deaths since the outbreak began, according to health ministry data.

Brazil’s failure to provide enough hospital beds for the surging number of critical coronavirus patients is yielding increasingly grim results across the country, but particularly in Manaus, a city of 2 million people on the Amazon River deep in the rainforest.

More than 2,000 people died in Manaus in April, more than four times the monthly average. Now, the city is running out of coffins. Hundreds are dying at home, either because they can’t get treatment at the hospitals or because they fear they won’t.

Brazil's Sao Paulo state is building thousands of vertical funeral plots in order to meet the demand caused by the surge in coronavirus victims.

Heber Vila, director of Evolution Technology Funderaria, the company that manufactures these vertical cemeteries, said the plots being constructed of recyclable materials are safe as it prevents any type of contact between cemetery visitors in the form of liquids or gases from the body.

An estimated 13,000 vertical plots are being built in three cemeteries in Sao Paulo state, one of the areas in Brazil hardest-hit by the COVID-19 outbreak.

The impact of the virus on Sao Paulo prompted Gov. Joao Doria to repeat his stance of gradually easing lockdown restrictions, although President Jair Bolsonaro has complained that the lockdown measures to contain the spread of the virus have hurt the economy.

Meanwhile, Brazilian President Jair Bolsonaro has frequently swum against the tide of scientific opinion since the crisis broke out, first by playing down the threat of the virus and by focusing on the country's economies despite rising cases.