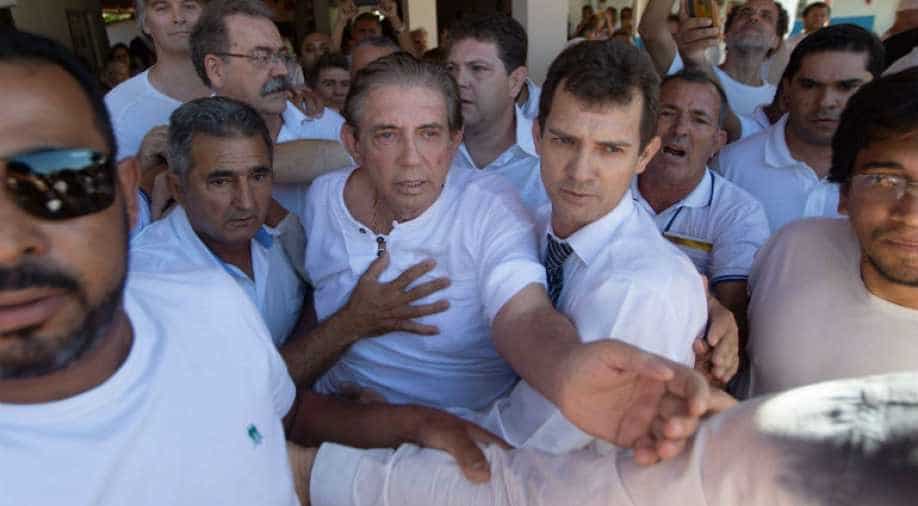 File photo of Joao de Deus, who styles himself as a "spiritual healer". Photograph:( Agencia EFE )

Ever since 1976, De Deus has performed "miraculous healings" inside a sort of temple that he founded in Abadiania.

Joao de Deus, who styles himself as a "spiritual healer," said on Wednesday that he is innocent after more than 200 women have come forward to accuse him of sexually abusing them in the course of treatment.

Ten women appeared on Globo television last week to denounce the 76-year-old "psychic surgeon," and since then the allegations have multiplied and even have included some complaints from women who were minors at the time of the alleged abuse.

De Deus on Wednesday went to his House of Dom Inacio de Loyola healing center in the central Brazilian state of Goias, where he was greeted with applause by the clerks, and told the waiting journalists that he is "innocent."

"My dear brothers and my dear sisters, I thank God for being here. I am still a brother of God, but I want to comply with Brazilian law because I am in the hands of the law. Joao de Deus is still alive," he said.

The team that was created to pursue the case began the investigation with the testimony of the 10 women who appeared on the Globo program.

The healer's lawyer, Alberto Toron, stated that his client denies the accusations and that he is at the disposal of prosecutors to clarify the situation.

Ever since 1976, De Deus has performed "miraculous healings" inside a sort of temple that he founded in Abadiania, in Goias state, where thousands of people come every month, many of them from abroad.

His fame grew in 2012 after it became known that he had cared for former President Luiz Inacio Lula da Silva while he was battling cancer.