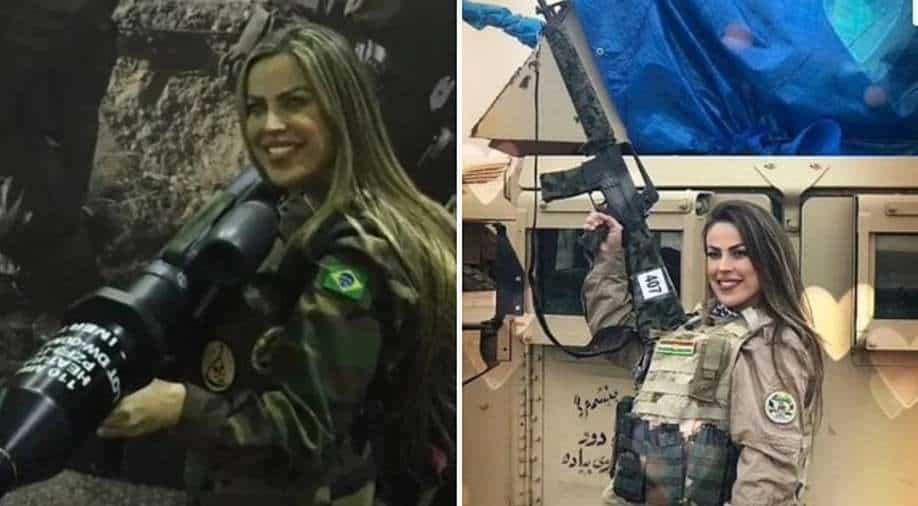 Do Valle, a resident of Sao Paulo, was a former child actress Photograph:( Agencies )

Thalita do Valle, a 39-year-old former model, had just been in Ukraine for three weeks. She had joined the sniper squad

A Brazilian model who volunteered to fight with Ukraine was killed in a Russian missile strike, local media has reported. Thalita do Valle, a 39-year-old former model, had just been in Ukraine for three weeks. She had joined the sniper squad. On June 30, a Russian missile struck the Kharkiv region when Valle, along with other Ukrainian forces, was on a mission to rescue Ukrainians from a village that Russian troops had vacated. The missile hit her bunker, The Sun reported.

The missile strike also killed former Brazilian Army soldier Douglas Burigo, 40, who had returned to the bunker to find Thalito.

She was the only person left behind after the first missile strike, the other fighters said.

"She was a hero, and her calling was to save lives, running after humanitarian missions," her brother Theo Rodrigo Viera told Brazilian news outlet UOL

He said her role was as a rescuer, but she also provided cover for advancing troops.

Do Valle, a resident of Sao Paulo, was a former child actress and worked as a model after turning 18.

She also studied law and was passionate about animal activism, her family said, and she worked with NGOs to defend animal rights.

Also read | Even as Ukraine war leaves thousand dead, Russia warns humanity at risk if West seeks to punish it

Do Valle received sniper training after joining Pashmergas, the armed military forces of the Kurdistan region of Iraq, according to news.com.au.

The 39-year-old woman had been on humanitarian missions around the world and previously fought against ISIS in Iraq.

The French government will pay you €4,000 to help buy an e-bike.