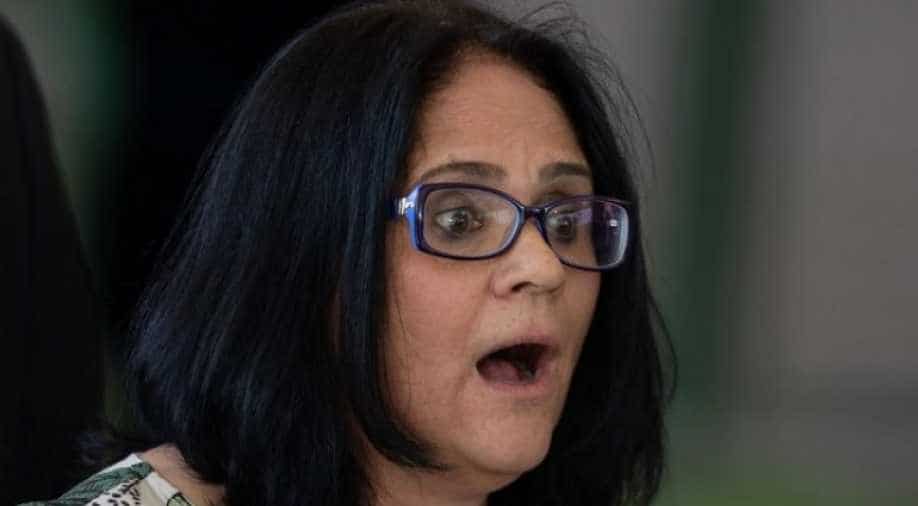 Damares Alves, who is also an evangelical preacher, was presenting a campaign to combat violence against women as part of international women's day.

Teaching boys and girls they are equal in every way encourages domestic violence, Brazil's women's minister said Friday as she urged a return to chivalry.

"Boys need to understand that girls are equal in terms of rights and opportunities, but are different as they're women and they need to be loved and respected as women," said Damares Alves, who was appointed by far-right President Jair Bolsonaro to lead the ministry for women, families and human rights.

"If they think that boys and girls are equal, as was preached in the past by some 'ideologies,' boys will think 'since girls are equal they can handle being hit.'"

Alves added that boys would be taught that girls "are different physically and need to be loved."

The minister, who is also an evangelical preacher, was presenting a campaign to combat violence against women as part of international women's day.

Alves said the new initiative would teach boys from a young age to respect women by "bringing flowers to girls" or "opening a car door for women."

When appointed she had previously vowed to usher in a new era where "boys will wear blue and girls pink."

She is one of just two women out of 22 ministers in the cabinet of Bolsonaro, who benefitted from the support of the evangelical church in his successful run for president last October.

As part of the campaign against domestic abuse, beauty professionals will be trained to spot signs of domestic violence.

"We're going to train manicurists when they're doing a woman's nails to look for marks on her arms or if she's trembling a lot," said Alves.

"We'll train the hairdressers so that when they lift the hair to brush it they check for marks."

In 2017, 4,539 women were murdered in Brazil, 1,133 of those considered femicide -- meaning they were killed for being women -- according to the public security forum NGO.

It also claimed there were 536 physical assaults against women in Brazil every hour in 2017.