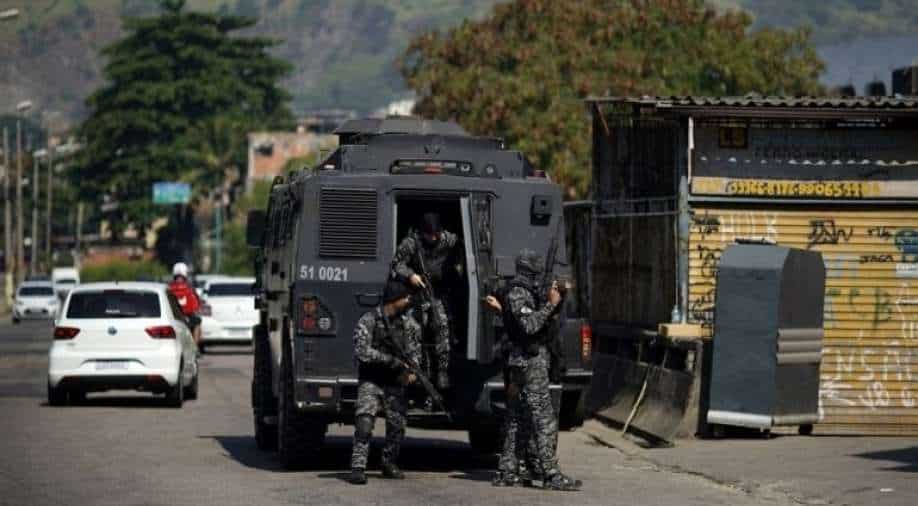 It was the highest-ever death toll from a police raid in the state, which has for decades suffered from drug-related violence.

At least 25 people, including a police officer, died on May 6 in a shootout during a police operation against drug traffickers in Rio de Janeiro's Jacarezinho shantytown, O Globo newspaper reported on its website.

About 200 members of Rio’s civil police launched their incursion into Jacarezinho in the early hours of Thursday, sprinting into the vast redbrick community as a bullet-proof helicopter circled overhead with snipers poised on each side.

It was the highest-ever death toll from a police raid in the state, which has for decades suffered from drug-related violence.

"This is the highest number of deaths in a police operation in Rio, surpassing 19 in Complexo do Alemão in 2007," said Chief of Police Ronaldo Oliveira.

"Only in that one we didn't lose anyone. Now, a police officer has died, which is a great loss for us," he said.

Rights group Instituto Fogo Cruzado (the Crossfire Institute) said it was the deadliest police operation in Rio since it began monitoring five years ago.

The operation came despite a Supreme Court ruling barring police from carrying out raids in Brazil's impoverished favelas during the coronavirus pandemic except in "absolutely exceptional circumstances."