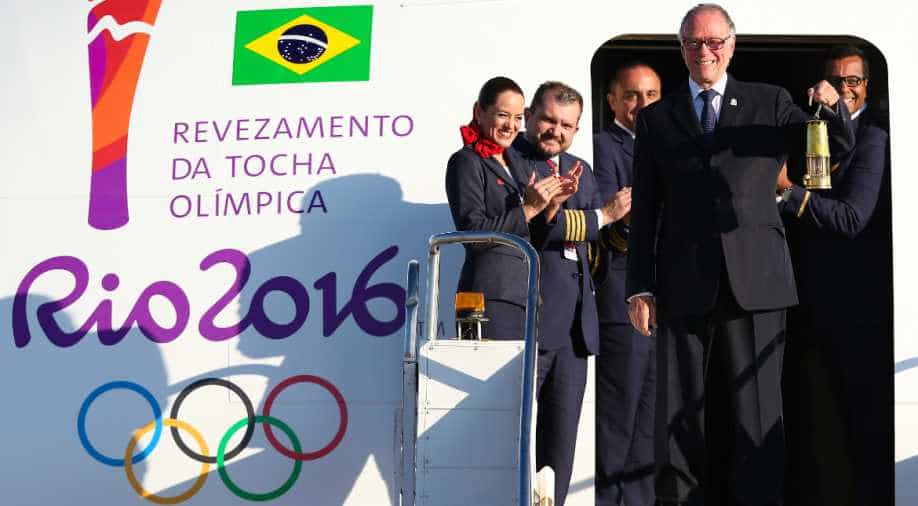 'Brazil today is adopting the best international practices for security at major events and in the specific case of countering terrorism we have adopted all possible practices,' said Andrei Rodrigues, secretary for major events. Photograph:( Getty )

Follow Us
Brazil is confident that it can ensure security for more than half a million tourists and athletes attending the Rio Olympics this August, a senior official said on Wednesday.

Andrei Rodrigues, secretary for major events at the justice ministry, said that a heavy police presence on the ground and international cooperation on intelligence gathering would overcome potential terror threats and the danger of violent crime.

"I have total confidence in our preparations for the security of the Games," Rodrigues told reporters a month ahead of the August 5-21 Olympics, which he described as "the biggest event on the planet".

Street crime is on the rise in Rio where budget cuts have left emergency services stretched, with police demonstrating on Monday to complain that they don't have enough funds for fuel or even toilet paper in their stations.

In a grim reminder of Rio's often brutal realities, local newspapers reported on Wednesday that a mutilated body had been found, on Copacabana beach, where Olympic beach volleyball and other events will take place.

Police could not be contacted to comment on the reports in O Dia and O Globo newspapers.

Boots on the ground

Rodrigues said that 47,000 police officers and 38,000 soldiers, whose tasks will include securing transport corridors, will keep a lid on crime. This is double the number deployed in the 2012 London Olympics.

He also played down fears of a terrorist attack in Rio following a string of bloody, low-tech assaults in France, Belgium and this week in Istanbul airport, where jihadists fired into crowds, then blew themselves up, killing at least 41 people and injuring 239, according to the latest count.

"Brazil today is adopting the best international practices for security at major events and in the specific case of countering terrorism we have adopted all possible practices," he said.

"We are not going to alter our plans. We will be ever more vigilant."

International cooperation on intelligence will be key to stopping terrorism, he said, and Brazil is hosting a coordination centre with 250 officers from 55 countries to exchange information.

"It's the biggest operation of international police cooperation - not just in Brazil but for Interpol," Rodrigues said.

A separate joint anti-terrorism center currently brings together officers from seven countries, along with Brazil: neighbouring Argentina and Paraguay, plus Belgium, Britain, France, Spain and the United States.

"It's the first time there's been this type of capability for security at the Olympic Games," he said.

Rodrigues said that almost 394,000 people had undergone background checks so far and that 1.8 per cent of these had been barred from the Olympic Games. In all, he expected 600,000 background checks to be made.

Also on Wednesday, authorities announced measures to ensure security at airports in Rio and to prevent attacks involving aircraft.

"Despite all our efforts to prepare, events like yesterday's (in Turkey) put us on the alert. The (transport) ministry has met to boost scrutiny in these areas. The forces are ready. We have measures that will adopted and which we cannot reveal for security reasons," said Transport Minister Mauricia Quintella.

One measure will be requiring private jets to first go through a security check at an airport outside Rio before continuing to the city during the hours of 8:00 am and 10:00 pm.

"If not, planes will only be able to land between 2:00 am and 8:00 am when there is no mass gathering in progress. This will be another measure for minimising possible attacks," a government statement said.