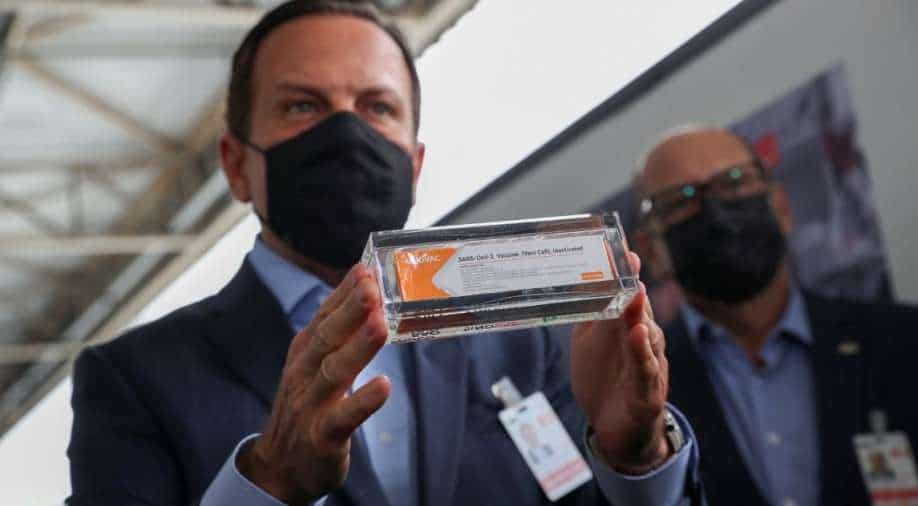 CoronaVac, produced by the Chinese private laboratory Sinovac in collaboration with the Butantan Institute of Sao Paulo, has been the subject of heated political debate in Brazil

Brazil's health regulator on Monday accused China of not being transparent in efforts to win emergency approval for its Covid-19 vaccine CoronaVac, currently in the final phase of trials in the hard-hit country.

In a statement, Anvisa warned against the "influence of issues related to geopolitics" in promoting vaccines. "The Chinese criteria applied to grant the authorization of emergency use in China are not transparent," it said.

CoronaVac, produced by the Chinese private laboratory Sinovac in collaboration with the Butantan Institute of Sao Paulo, has been the subject of heated political debate in Brazil.

Meanwhile, Sao Paulo Governor Joao Doria said the state expected to start vaccinating its residents in January, though Brazil's most populous state will not be able to use CoronaVac until it is approved by Anvisa.

"Brazil is the international leader in the evaluation process for CoronaVac," Anvisa said in a statement on its website on Monday.

China's foreign ministry spokesman Wang Wenbing said on Tuesday China had been attaching "great importance" to the safety and efficacy of its vaccines.

While Brazil's health regulator has long been largely apolitical, Bolsonaro has been appointing allies to it in recent months, stoking fears among health professionals that its decisions may be affected by political considerations.

At least tens of thousands of people have taken the Sinovac vaccine in China's emergency use program, officially launched in July, that targets limited groups of high-risk people.

China has not made public details of how it determines whether a novel coronavirus vaccine is qualified for emergency use. Its National Health Commission did not respond to a request for comment.

A Sinovac representative declined to comment but referred to a news conference in October at which a health official said the emergency inoculation was launched after stringent reviews and in accordance with China's laws and World Health Organization's rules.

These vaccines showed "very good safety and immunogenicity readings in Phase 1 and Phase 2 clinical trials", the official said at the time.

The Brazilian government has said that it has guaranteed access to 300 million vaccine doses, primarily those developed by the University of Oxford in alliance with the AstraZeneca group and the Brazilian health institute Fiocruz.

It has also negotiated another 70 million doses from Pfizer.

Bolsonaro's administration presented a vaccination "plan" last week, but did not say when the roll-out would begin.

The Supreme Court has ordered the government to announce the start date before 1650 GMT Wednesday.

Brazil has been hit hard by the pandemic, which has already claimed more than 181,000 lives and infected almost seven million people.