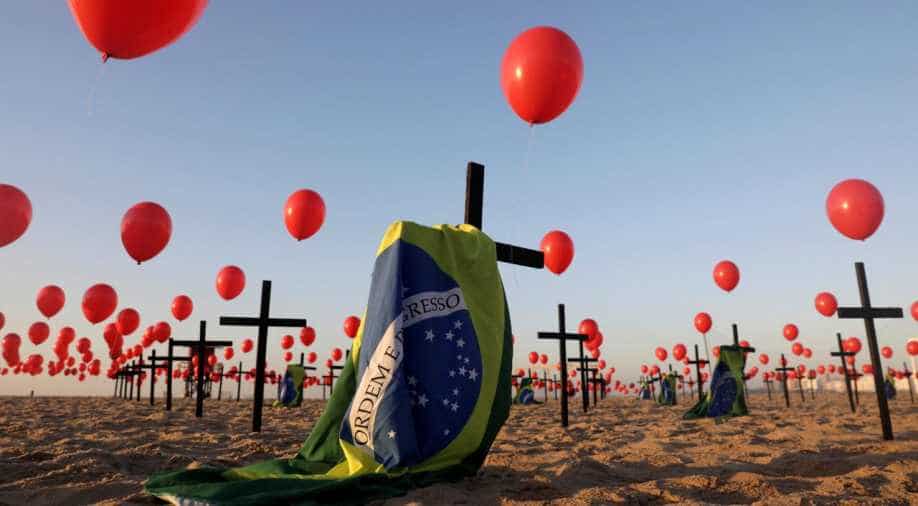 Brazil's death toll from the novel coronavirus passed 100,000 on Saturday, and barrels onward as most cities reopen shops and dining even though the pandemic is yet to peak.

The country is confronting its most lethal outbreak since the Spanish flu a century ago. The health ministry on Saturday reported 49,970 new confirmed cases and 905 deaths in the last 24 hours, raising the number of cases to more than 3 million and the death toll to 100,477.

Public health xperts have, however, said that it looks like the Brazilians, led by President Jair Bolsonaro, are under collective anesthesia as they have been downplaying the gravity of the pandemic. They have also raised the alarm that Brazil still has no coordinated plan to fight the pandemic, as many officials focus on "reopening," which is likely to boost the spread of the disease and worsen the outbreak.

Brazil's Supreme Court and Congress, institutions that have criticized Bolsonaro's handling of the pandemic, respectively declared three and four days of national mourning for the 100,000 dead.

Two health ministers, both physicians, have resigned over differences with Bolsonaro. The acting health minister is an army general who has abandoned the call for social distancing, which experts says is essential but the president opposes.

Bolsonaro, who has called COVID-19 a "little flu," says he recovered from his own infection thanks to hydroxychloroquine, an anti-malarial drug that remains unproven against the coronavirus.