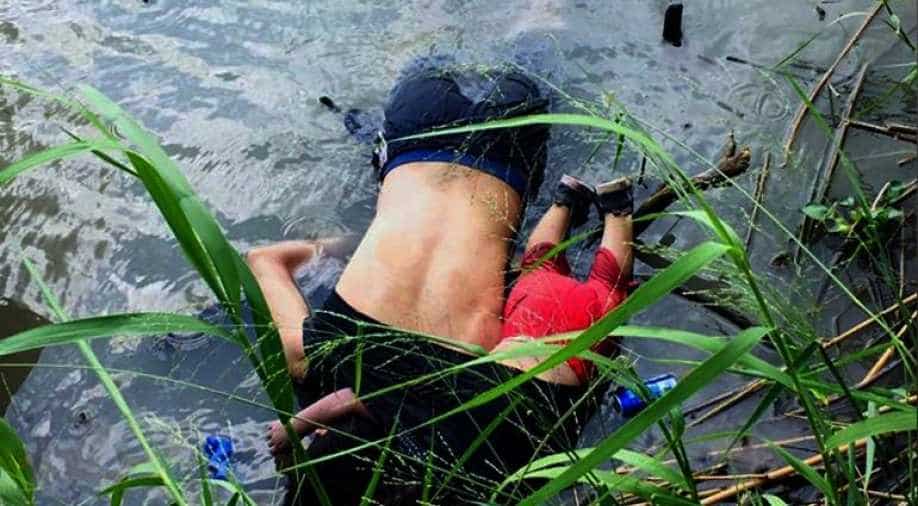 View of the bodies of Salvadoran migrant Oscar Martinez Ramirez and his daughter, who drowned while trying to cross the Rio Grande -on their way to the US- in Matamoros. Photograph:(AFP)
Follow Us

Both father and daughter drowned while trying to cross the Rio Grande from Mexico to the United States.

The bodies of a man and his daughter whose drowning images had sparked outrage were returned on Sunday to El Salvador.

Both father and daughter drowned while trying to cross the Rio Grande from Mexico to the United States.

The corpses were brought from Mexico through Guatemala to the Salvadoran town of La Hachadura, where Salvadoran minister of government Mario Duran was on hand to receive the remains.

A series of haunting photographs showing the father and child lying face-down in water has stirred anger in El Salvador and Mexico, where the government had faced sharp criticism for its treatment of migrants.

The bodies are expected to be buried in a cemetery in Sal Salvador after a day-long vigil.

Describing the country as "in mourning," the head of El Salvador's Human Rights Commission Miguel Montenegro predicted that people would continue to migrate to escape poverty and "the prostration in their lives."

Until these causes are addressed, Montenegro predicts the country will continue to "lament" tragedies that befall migrants travelling north to find the "American dream."