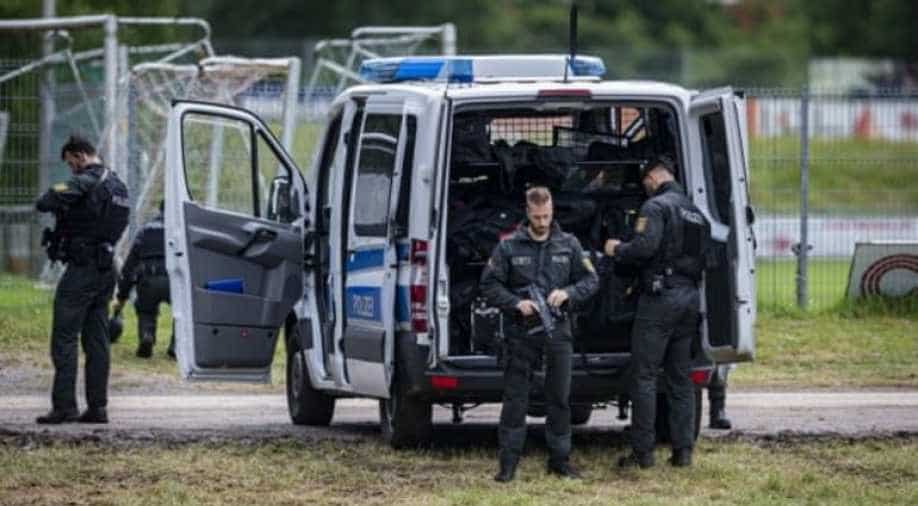 Yves Rausch, 31, was found sitting in a bush after a tip-off from two witnesses, 'with four guns visible in front of him'.

German police said Friday they have caught the "Black Forest Rambo", a heavily armed suspect accused of stealing officers' weapons and going on the run in the woods, after a massive six-day manhunt.

Yves Rausch, 31, was found sitting in a bush after a tip-off from two witnesses, "with four guns visible in front of him", said Juergen Rieger, the head of the search operation.

The suspect also had an axe in his lap and one further gun, and there was a letter in front of him, Rieger said.

Rausch was slightly injured in the arrest, as was a member of the special forces who was cut with the axe.

Uwe Gaiser, the mayor of the village of Oppenau, told reporters "I am relieved, happy and grateful that this exceptional situation for our town has come to an end."

Rausch had fled into the forest on Sunday after he managed to disarm four police officers, sparking a huge search operation.

More than 2,500 officers combed the area with the help of special forces, helicopters, sniffer dogs and thermal imaging cameras for the fugitive, nicknamed "Black Forest Rambo" by the German press after pictures emerged of him dressed in combat gear.

Rausch had been homeless since autumn last year and had been squatting in the hut where he was spotted on Sunday.

According to a former neighbour who described him as "not an easy person", he Rausch did odd jobs as a rail worker and a golf course caretaker, the Bild tabloid reported.

Various weapons and petrol canisters were found in his apartment after he was evicted, as well as a small shooting range in the attic, according to Bild.

He then reportedly lived in his car by the local swimming pool for a while before moving into the hut at the edge of the forest.

Rausch will be examined by a psychiatrist due to the "gravity of the crime" and his past history, Schaefer said.

In addition, a blood sample will be taken to check whether he was under the influence of drugs or other substances.