Bike-sharing companies face an uphill ride in US 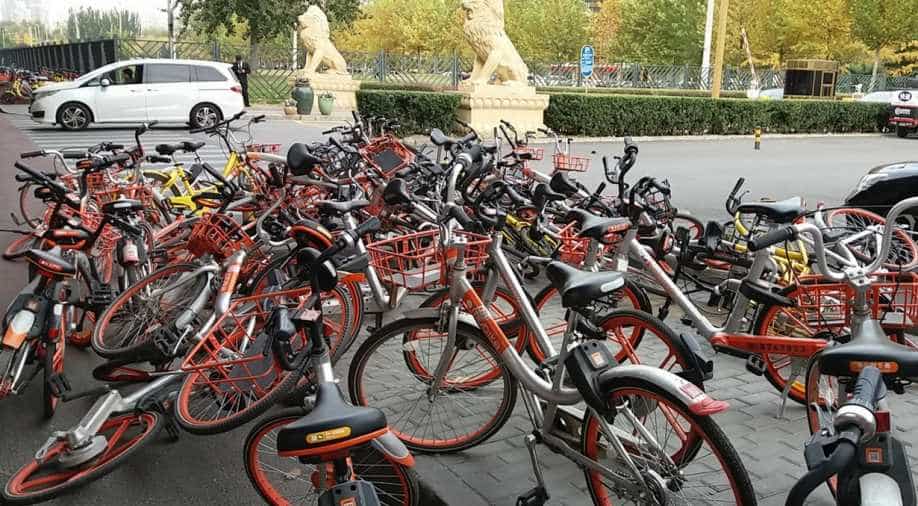 A bike-sharing craze that has swept China over the past two years is picking up speed in cities across the United States, but with a different spin as tough local regulations rein in the roll-out of dockless bikes.

Chinese startups pioneered dockless bike sharing: unlock a bike with your cellphone, ride it, park it, and relock it. But the downside has been bikes piled everywhere in many cities, clogging the sidewalks.

Many major US cities have pre-empted that problem with rules that sharply limit how many dockless-bike companies can operate and how many bikes they can offer in an effort to avoid problems with blocked sidewalks.

Mobike, one of the Chinese bike-sharing giants, has launched in just five US cities and is deliberately moving slowly to work with local communities, according to US General Manager Jason Wong. In Dallas, a city that bike-share companies say is lax on regulation, Mobike has “voluntarily capped” its dockless bike number at 3,000 to make sure the business can thrive in the long term.

Ofo, another Chinese dockless bike-sharing power, will not enter a city without the blessing of local officials, said Chris Taylor, head of the company’s North America business. It is now in 25 US cities, including Seattle, San Diego, and Washington, DC.

“I think it’s definitely tougher than it is in China but I see that as a good thing,” said Toby Sun, co-founder and CEO of San Mateo, California-based LimeBike. The company put its first dockless bikes on the road in June and has so far raised $132 million from investors, including top Silicon Valley venture capital firm Andreessen Horowitz.

In New York City and San Francisco, dockless bike sharing is all but banned. Both cities have exclusive, multi-year deals with Motivate, which operates the Citi Bike and Ford GoBike services, which use fixed docking stations.

“There’s one city in the US that didn’t have any regulation and that’s Dallas, and quickly had more than 20,000 bikes that were not being used very often and so now they’re looking at what kind of regulation they want to adopt," said Ryan Rzepecki, CEO of electric bike-sharing startup Jump Bikes.

"There’s going to be some regulation and that does impact the growth."

Jared White, a spokesman for Dallas, said the city is getting ready to roll out permits and is considering imposing a fee on bike-sharing companies.

Meanwhile, cities with bike-share docking stations are considering what to do next. San Francisco has given a permit for electric bike-sharing to Jump Bikes, though it is limited to 250 bikes at the start.

New York City is considering dockless bikes for areas that are not serviced by the Citi Bike program. Nice Ride, a non-profit in Minneapolis that has been running a bike-sharing program for the past 8 years, has signed up Motivate to help run the docked bikes and roll out a dockless program to test the new concept.

Beyond the cautious city officials, bike-sharing companies face the challenge of getting Americans accustomed to driving to pedal instead - especially when the public transit options are far inferior to those in the biggest Chinese cities.

But the uphill ride is not worrying investors betting on so-called last mile solutions - bikes, electric bikes, and scooters. Just last week the electric scooter-sharing company Bird, which was founded in the fall of last year and has already had to pay fines to the city of Santa Monica for leaving scooters around town, raised $100 million in a series B funding.