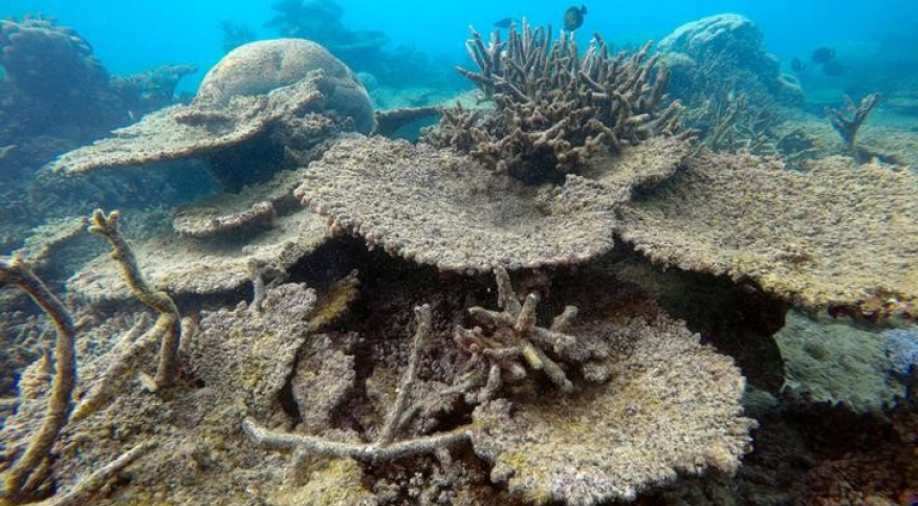 Almost two-third's of a 700 kilometer stretch (435 miles) of Australia's Great Barrier reef has died in the past nine months, scientists said on Tuesday.

In the worst die-off ever recorded, scientists who surveyed the area in November said there was an average loss of 67 per cent of shallow water corals in these areas.

Climate change has caused the seas to become warmer, which causes bleaching in coral. The coral is forced to discharged algae which causes it to calcify and turn white.

"This one is by far the most extreme and we've seen three of these events now with just one degree of global warming. So, two degrees of global warming, which is the international target, is going to be a very challenging place for the Great Barrier Reef," Hughes said.

The central and southern parts of the Great Barrier Reef are unharmed but the northern area is damaged and it will take time for the corals to regain in that area.

"That's a very slow process, we think it'll take 10 to 15 years for a decent amount of corals to occur in those reefs again," Hughes added.

Spokesman for environment minister Josh Frydenberg said the government will file an update on December 2. Prime Minister Malcolm Turnbull promised A$1 billion to protect the reef.

The Great Barrier Reef spans 348,000 sq km (134,400 sq miles) and is the largest coral reefs in the world. With coral bleaching, Australia's tourism industry will be greatly affected as the reefs are a major tourism spot.